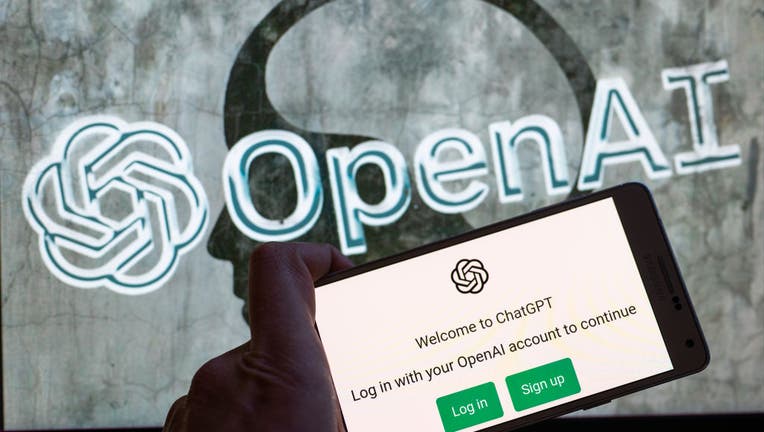 OpenAI logo seen on screen with ChatGPT website displayed on mobile seen in this illustration in Brussels, Belgium, on December 12, 2022. (Photo by Jonathan Raa/NurPhoto via Getty Images)

NEW YORK - New York City's schools are banning ChatGPT, an artificial intelligence writing tool capable of generating seemingly-human writing over fears that students could use it to cheat.

The tool will reportedly be banned across all devices and networks in the city's public schools.

"While the tool may be able to provide quick and easy answers to questions, it does not build critical-thinking and problem-solving skills, which are essential for academic and lifelong success," Jenna Lyle, a spokesperson for the city's education department told The Guardian.

ChatGPT launched on Nov. 30 but is part of a broader set of technologies developed by the San Francisco-based startup OpenAI, which has a close relationship with Microsoft.

It's part of a new generation of AI systems that can converse, generate readable text on demand and even produce novel images and video based on what they've learned from a vast database of digital books, online writings and other media.

But unlike previous iterations of so-called "large language models," such as OpenAI's GPT-3, launched in 2020, the ChatGPT tool is available for free to anyone with an internet connection and designed to be more user-friendly. It works like a written dialogue between the AI system and the person asking it questions.

Millions of people have played with it over the past month, using it to write silly poems or songs, to try to trick it into making mistakes, or for more practical purposes such as helping compose an email. All of those queries are also helping it get smarter.

OpenAI told the Washington Post: "We don’t want ChatGPT to be used for misleading purposes in schools or anywhere else, so we’re already developing mitigations to help anyone identify text generated by that system.

"We look forward to working with educators on useful solutions, and other ways to help teachers and students benefit from artificial intelligence," it added.