Mayor Bill de Blasio spoke about the latest developments in the COVID-19 pandemic. He said that hospitals could run out of needed supplies within a week.

NEW YORK - Hospitals in New York City are being pushed to the brink in the fight to save lives from coronavirus.

Elmhurst Hospital in Queens has a "disproportionately high number of cases," Mayor Bill de Blasio has said, calling the facility the "epicenter of the epicenter."

He said more than 50 medical staffers were being sent to Elhurst to help with the caseload. A day earlier, city health officials said that 13 people died there in 24 hours, reported the NY Post. Between Tuesday and Wednesday the number of deaths was “consistent with the amount of ICU patients being treated there," said the spokesman. 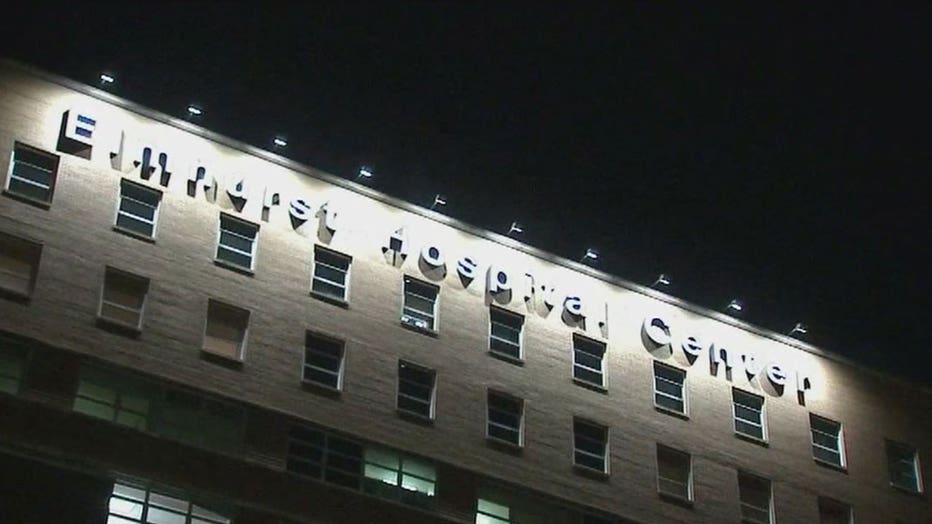 The mayor said that New York City had 21,873 confirmed cases and 281 had died as of Thursday. A third of the city's coronavirus cases are reported in Queens.

"Staff are doing everything in our power to save every person who contracts COVID-19," Miller said. "But unfortunately this virus continues to take an especially terrible toll on the elderly and people with pre-existing conditions."

Among the issues facing hospitals along with the onslaught of patients infected with the virus is the lack of supplies from gowns and masks to ventilators.

"New patients are lined up at the doors and there aren’t enough beds to hold them. Equipment is running out faster than we can restock it. I've never seen anything like it," a nurse told the Post.

Moreover, workers are increasingly concerned about the ravages of the illness in their own ranks, and that the lack of testing and protective gear is making it not a matter of if they get it, but when.

"Our emergency room was like a petri dish,” said Benny Mathew, a nurse at Montefiore Medical Center who got word Thursday that he had COVID-19 and is now worried he may infect his wife and two daughters.

“I'm angry. We could have secured enough personal protective equipment months ago. It was happening in China since December,” he said. "But we thought it was never going to happen here.”

At Mount Sinai Hospital on the Upper East Side, an assistant nursing manager at the hospital's Upper West Side facility, died Tuesday from coronavirus.

A photo circulating online shows some nurses at Mount Sinai West where Kious Kelly worked using garbage bags as protective gear due to a lack of basic supplies amid the coronavirus outbreak.

Some workers are wearing trash bags due to a lack of supplies, a nurse at another hospital has died and 13 patients died in 24 hours in a single hospital.

“We just have to hope we don’t get infected,” said William da Silva, a nurse at St. Vincent's Hospital in suburban Westchester. “People are going back to work with COVID-19, and they’re going to infect the patients and each other.”

Da Silva is certain he’s been infected, but he said he’s been getting the run around from officials all week as he seeks to get tested. Self-quarantined with his pregnant wife and toddler, he’s so disillusioned by how he’s been treated that he may not go back.

"I’ve put them all at risk,” Da Silva said of his family. "I don’t think I want to go back to that environment after this because apparently we don’t matter. I can’t continue working in hospitals after this.”

Officials say they do not have numbers on how many health care workers are sick or dying.

Hospital operator Northwell Health said 155 of its 72,000 employees have tested positive for coronavirus. The New York State Nurses Association said at least 67 nurses had been infected. The union for the city's EMS workers said more than 50 had tested positive and more than 400 are showing symptoms. One of them, paramedic Christell Cadet, is in critical condition in a Brooklyn ICU.