New York on verge of milestone

Gov. Andrew Cuomo said New Yorkers will still be required to wear masks in certain settings like subways and hospitals but other restrictions will be lifted if 70% of adults get at least one shot of a COVID vaccine.

NEW YORK (AP) - New York will lift more COVID-19 rules once 70% of adults have at least one shot of a COVID-19 vaccine, a target that Gov. Andrew Cuomo said Monday he hoped his state could reach in days.

The Empire State Building will light up in blue and gold once New York hits the threshold, Cuomo said.

New Yorkers will still be required to wear masks in certain settings like subways and hospitals, but Cuomo touted his Monday announcement as a step closer to "life as normal."

"Or as normal as you can be post-COVID," Cuomo said.

About 68.7% of New York adults have received at least one dose of a COVID-19 vaccine, according to the latest federal data.

Cuomo aides hope New York could reach that 70% target for adults, which mirrors President Biden's own goal, in coming days, even as fewer residents are getting vaccinated statewide. New York administered 483,000 doses in the seven days through Saturday, down from nearly 619,000 over the previous week.

A smaller percentage of New York's entire population of 20 million residents, including children, have received at least one dose: so far, 56% or 11 million residents. And 48% are fully vaccinated.

The governor and the health commissioner of New York tried to sort out some confusion regarding mask-wearing mandates in schools.

New York is far short of hitting 70% of all residents fully vaccinated. That's the minimum level that scientists have estimated may be needed for herd immunity, when the uncontrolled spread of the infectious disease through the population is stopped.

People will still have to wear masks and stay 6 feet (1.8 meters) from others on subways and buses, for example. 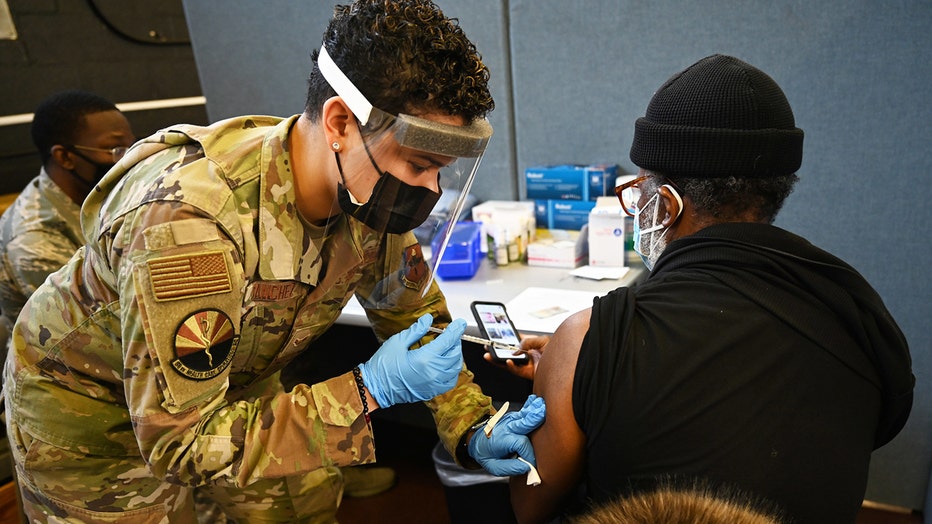 That was a reversal from Friday, when his office told the CDC that masks would be optional for unvaccinated students and staff effective Monday.

Meanwhile, New York City will celebrate its emergence from the COVID-19 shutdown with a massive Central Park concert on a yet-to-be-announced date in August, Mayor Bill de Blasio announced Monday.

The concert will highlight a homecoming week and will feature an all-star lineup of performers who will be recruited by music producer Clive Davis, de Blasio said.

"It will emphatically make the point, there is no stopping New York," he said.

New COVID-19 cases are continuing to plunge in New York City and statewide.

The state's daily average for new cases has now fallen to 567 on a seven-day average, the lowest daily average since the pandemic began. That's down from an average of more than 16,300 cases per day in early January. 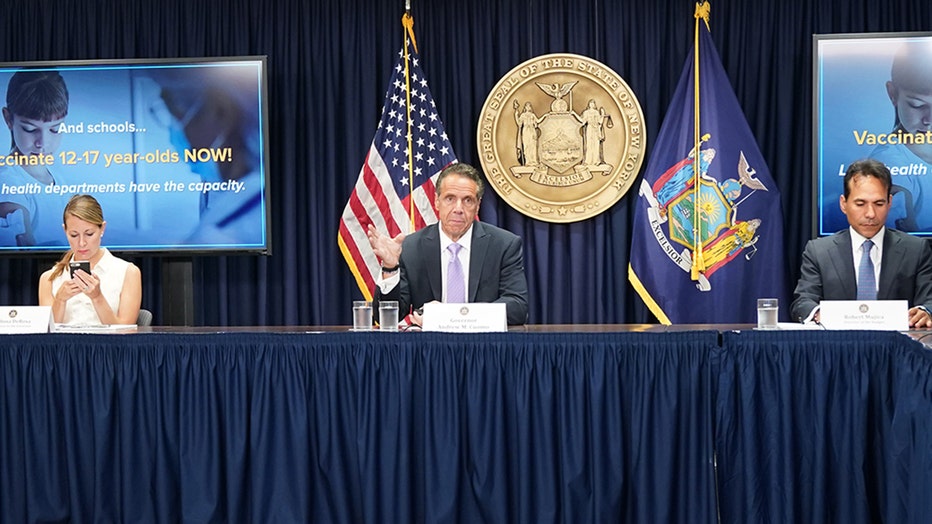 When asked Monday how his administration would boost rates in the most reluctant communities, Cuomo said he's urging community groups, including churches, to help with vaccination efforts.