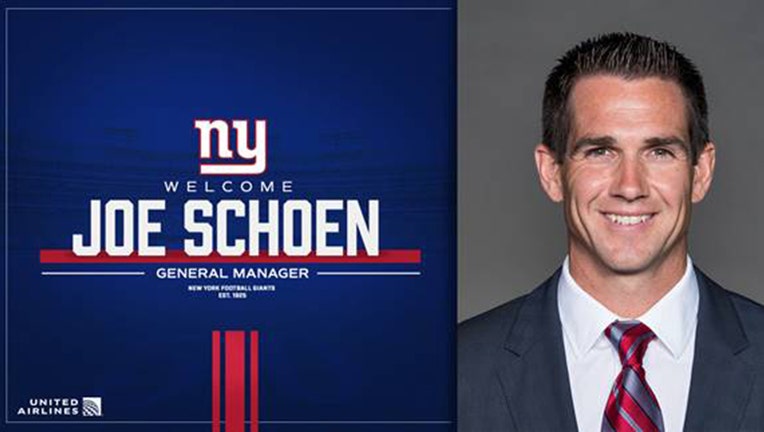 A little more than a week after starting a search in which they interviewed nine candidates in the first round and gave three a second interview, the 42-year-old becomes the team's fifth general manager since 1979.

"Throughout our search, Joe impressed us with his ability to communicate a progressive and comprehensive vision for our team," said Giants president John Mara. "His philosophy and collaborative approach to building a roster and coaching staff align with what we were looking for in a general manager." 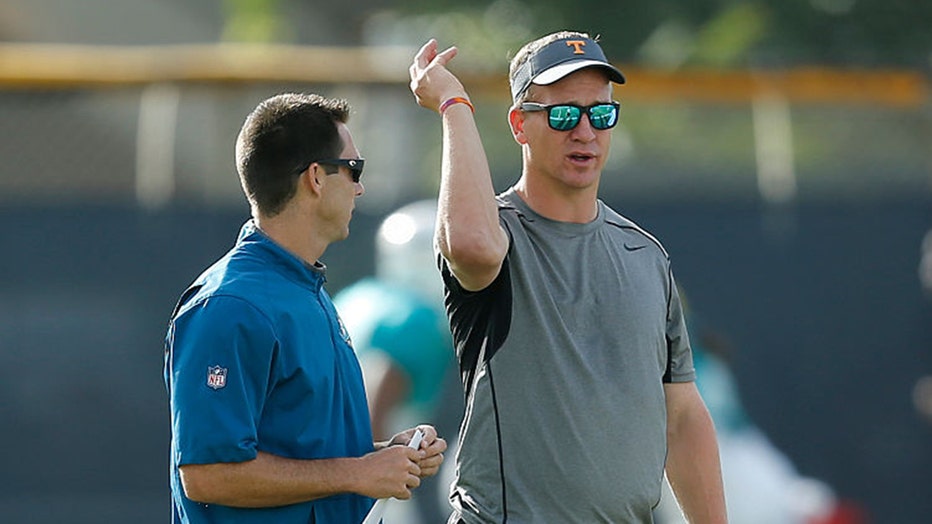 "Joe is the kind of exceptional leader we sought to oversee our football operations," said chairman Steve Tisch. "We will do whatever it takes to support Joe’s vision and strategic plan for success. We are excited to begin this next chapter with Joe as our general manager."

Schoen faces a major rebuilding process. The Giants have made the playoffs once since winning the Super Bowl in February 2012. They have had five straight double-digit losing seasons, including a 4-13 record this past season.

His first job will be to find a coach to replace Joe Judge, who was fired last week after posting a 10-23 in two seasons. Interviews probably will start next week.

"It is an honor to accept the position of general manager of the New York Giants," said Schoen. "I want to thank John Mara and Steve Tisch and their families for this tremendous opportunity. And obviously I am grateful to Brandon and the Bills for the experience I have had in Buffalo.

Schoen – pronounced "Shane"- should be able to help the team in the draft. New York will have the fifth and seventh picks overall.

"Now, the work begins. My immediate focus is to hire a head coach, with who I will work in lockstep with to create a collaborative environment for our football operations. We will cast a wide net, it can be former head coaches, first-time head coaches but, more importantly, it has to be a person who possesses the ability to lead an organization and the ability to motivate and develop players. On the personnel side, we will begin to evaluate our roster and prepare for the draft and free agency. Our goal is to build a roster that will be competitive, have depth, and most importantly, win football games."

The GM job opened on Jan. 10, when 70-year-old Dave Gettleman retired after posting a 19-46 record in four seasons. The Giants started interviewing for the general manager's job two days after Gettleman retired and spoke virtually with nine candidates. Schoen batted leadoff and stayed there.

Schoen got a second interview at the Giants team headquarters on Tuesday, followed by Poles of the Chiefs on Wednesday and Peters on Thursday.

Schoen has 20 years of scouting and executive experience in the NFL, including the past five with the Bills. He spent most of the previous decade with the Miami Dolphins’ front office.

Schoen’s first NFL job was as a ticket office intern with the Carolina Panthers in 2000. He spent seven seasons (2001-07) working for the Panthers under current Bills general manager Brandon Beane.

The Giants have gone through four coaches since 2016, the year Ben McAdoo was hired. He led the Giants to their only playoff berth but he was fired the next year in the midst of a 3-13 season that included the benching of Eli Manning.

Pat Shurmur was hired in 2018 and went 9-23 before being fired after two seasons. The trend continued under Judge, a former New England special teams coordinator.

Hall of Famer George Young started the process of turning around the stumbling franchise in 1979. He led the Giants to eight playoff berths and two Super Bowl titles before leaving in 1998 to join the NFL front office. Ernie Accorsi ran the club from 1998-06, hiring coach Tom Coughlin in 2004 and laying the groundwork for two more titles. Jerry Reese got the job in 2007 and combined with Coughlin to win Super Bowls after the ‘07 and ’11 seasons. Gettleman was hired after McAdoo and Reese were fired in December 2017 following the debacle of benching Manning.