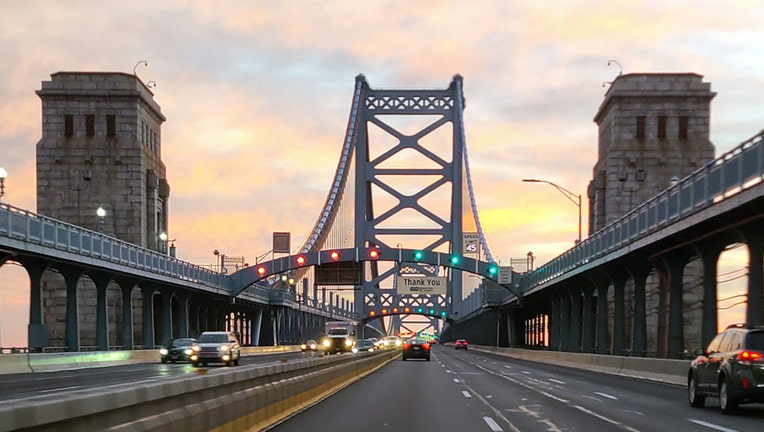 NEW JERSEY - Motorists will pay the same amount to cross the Delaware River Port Authority's bridges between New Jersey and Pennsylvania next year.

Commissioners with DRPA voted this week to postpone a previously scheduled toll increase for the Ben Franklin, Walt Whitman, Commodore Barry, and Betsy Ross Bridges until at least 2023.

"The Board and DRPA leadership team have worked together over the past several years to ensure that the organization runs efficiently and effectively," DRPA Chairwoman Cherelle Parker said in a statement. "This hard work is acknowledged by a budget that freezes tolls for our customers and ensures we have the necessary resources to maintain and enhance the public transportation assets entrusted to the DRPA."

The current toll schedule, which took effect in 2011, included automatic biennial toll increases based upon increases in the Consumer Price Index for the Philadelphia region, the DRPA said in a news release.

The Consumer Price Index for All Urban Consumers in the region increased 1% from August to October, the fifth consecutive 2-month increase, the U.S. Bureau of Labor Statistics reported last month. The region's CPI rose 5.6% over the last 12 months, the largest over-the-year increase since February 1991, the bureau said.

The board approved a 2022 operating budget of $306.8 million, up about half a percent from 2021. DRPA expects to collect approximately $356.1 million in revenue generated primarily from bridge tolls. The agency is moving forward with several capital improvement projects, including a nearly $217 million suspension span rehabilitation of the Ben Franklin Bridge.