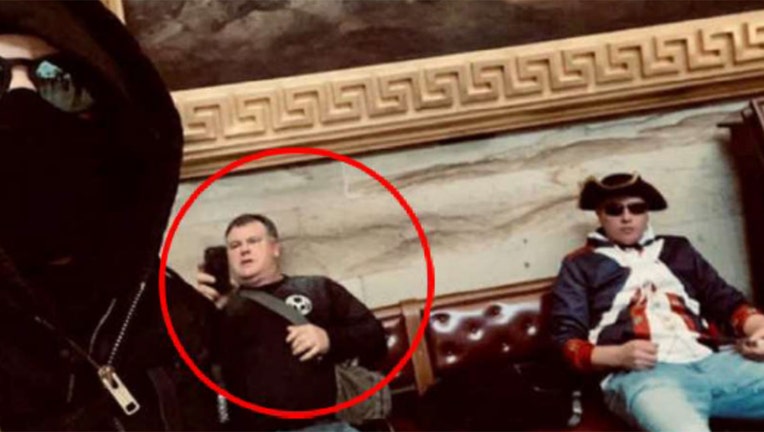 The red circle on this social media image shows Robert Lee Petrosh, of Mays Landing, N.J., inside the Capitol during the breach on Jan. 6, 2021, according to a federal document. (Via FBI)

Robert Lee Petrosh, of Mays Landing in southern New Jersey, pleaded guilty to one count of theft of government property of less than $1,000. He entered his plea by video teleconference in a court in Washington D.C. last month.

The charge carries a maximum one-year prison sentence. Under his plea agreement signed in January, Petrosh will face a maximum sentence of six months. He also was ordered to pay $938: $438 for the value of the two microphones and $500 for damage to the Capitol building.

Petrosh was arrested last May and initially charged with several crimes including disorderly conduct. A criminal complaint filed at the time said the FBI received a tip from someone whose grandmother was friends with Petrosh’s mother. An FBI task force member who knew Petrosh confirmed his identity.

Then in another twist, once the FBI identified Petrosh as a suspect, an FBI task force officer who has known Petrosh for about 15 years confirmed his identity. The officer has "worked with," has gone to "social gatherings with," and has seen Petrosh working in his yard, the FBI said in a document. 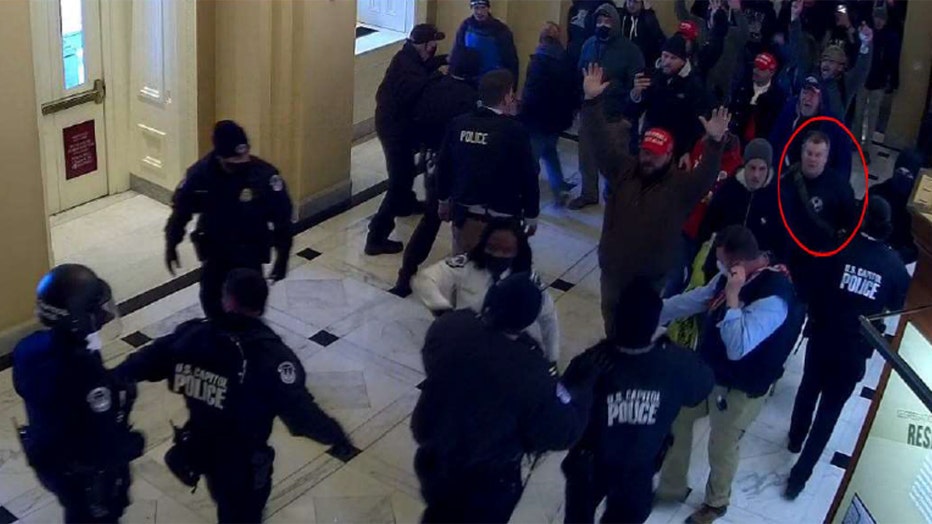 The red oval on this CCTV image from U.S. Capitol Police shows Robert Lee Petrosh, of Mays Landing, N.J., inside the Capitol during the breach on Jan. 6, 2021, according to a federal document. (CPD via FBI)

According to court documents, during a confrontation with police officers in the Capitol, Petrosh told them, "Give us Nancy, and we will leave." Afterward, he allegedly texted a friend that he "Got your souvenir," referring to the microphones.

A message seeking comment was left Monday with an attorney representing Petrosh.