Captain Carlos Benitez of Puerto Rico Heli Tours shares some video he captured after Hurricane Fiona slammed into the island.

A contingent of members from the New York State Police and the New Jersey State Police landed in Puerto Rico on Saturday to assist with recovery efforts in the aftermath of Hurricane Fiona. 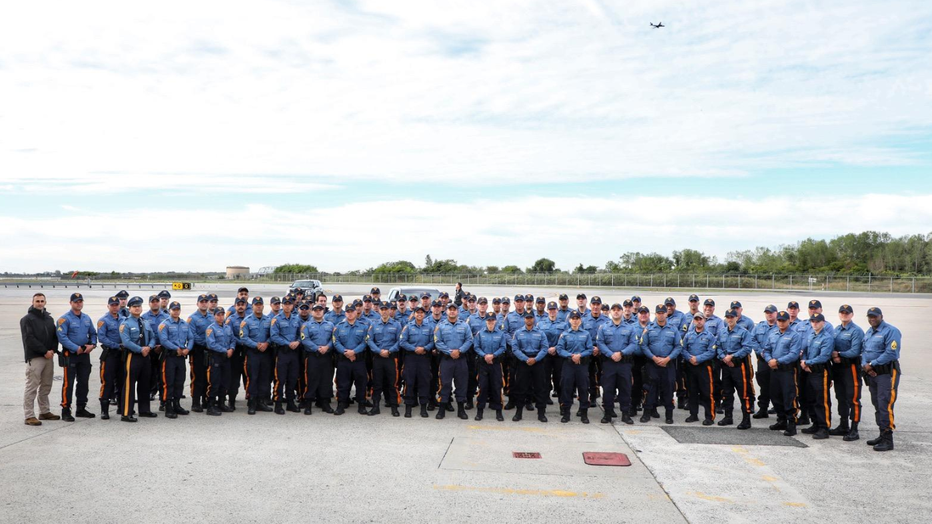 Half of Puerto Rico is without power more than five days after the hurricane struck — including an entire town where not a single work crew has arrived.

Many on the U.S. territory are angry and incredulous, and calls are growing for the ouster of the island's private electricity transmission and distribution company.

Hurricane Fiona may have passed Puerto Rico, but the rebuilding process goes on in its aftermath. One local group is stepping in to help aid the storm's victims.

Fuel disruptions are worsening the situation, forcing grocery stores, gas stations, and other businesses to close and leaving apartment buildings in the dark because there is no diesel for generators.

Many are questioning why it is taking so long to restore power since Fiona was a Category 1 storm that did not affect the entire island, and whose rain — not wind — inflicted the greatest damage.

"It’s not normal," said Marcel Castro-Sitiriche, an electrical engineering professor at the University of Puerto Rico in Mayaguez. "They have not given a convincing explanation of what the problem is."

The storm, which has transformed into a post-tropical cyclone, slammed into the Canadian Maritimes on Saturday afternoon, damaging homes with strong winds and rain.