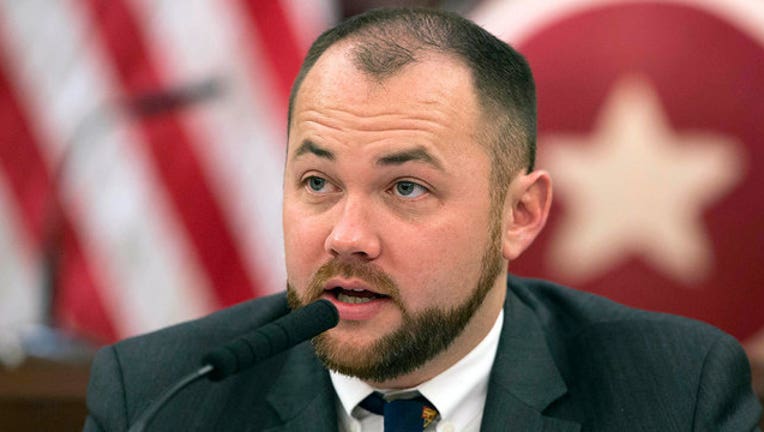 NEW YORK (AP) - A New York City law banning so-called gay conversion therapy would be repealed under legislation introduced Thursday over concerns that a pending federal lawsuit could lead to a decision unfavorable to the LGBTQ community if the case were to make it to the Supreme Court.

Council Speaker Corey Johnson introduced the repeal in what he called "a painful decision."

The council had passed the ban against the widely discredited practice, which aims to change a person's sexual orientation or gender identity, less than two years ago, at the end of 2017, and it took effect last year.

The proposed repeal now goes to a committee hearing, scheduled for next week, and then would have a vote in the full council and, if it is passed, would be signed by the mayor.

"After intense deliberation, the council concluded that it was best to take this drastic step," Johnson said in a statement. "The courts have changed considerably over the last few years, and we cannot count on them to rule in favor of much-needed protections for the LGBTQ community. To be clear, this alleged therapy is barbaric and inhumane, but repealing this law seemed to be the best path forward."

The Alliance Defending Freedom had filed a federal lawsuit over ban in January on behalf of a therapist in Brooklyn, saying it violated free speech between a therapist and client.

Alliance Senior Counsel Roger Brooks said that if the repeal goes through, the organization would "commend the move."

He called the law "really quite extreme" and pushed back against the idea that it was vulnerable only because of a more conservative Supreme Court.

"It's not so much a political issue as well-established First Amendment law," he said.

A New York state ban that applies only to minors would still be in effect.

The therapy has been banned for minors in other states, as well. Brooks said there are currently challenges to some of those laws by other organizations, which he expected would continue.