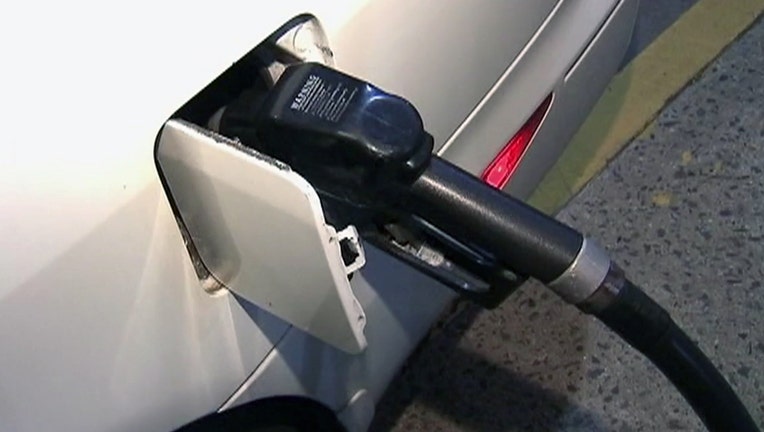 TRENTON, N.J. - The gas tax in New Jersey will fall by a penny a gallon, or about 2% — the second straight year the levy has declined, Gov. Phil Murphy's administration said Monday.

The tax rate combines two different levies that are commonly known as the gas tax in the state and would fall from 42.4 cents a gallon to 41.4 cents.

"Because actual consumption in Fiscal Year 2022 was moderately above our projections made last August, and consumption in the current fiscal year is projected to be slightly above last fiscal year’s levels, our analysis of the formula dictates a 1.0 cent decrease this coming October," said State Treasurer Elizabeth Maher Muoio in a statement. "We are pleased that this dedicated funding stream continues to provide billions of dollars across the state to support our critical transportation infrastructure needs."

It's the second straight year the tax has fallen, though this year's drop is a fraction of the more than 8-cent decline of 2021.

The annual evaluation of the gas tax comes as part of a 2016 law enacted under then-Gov. Chris Christie calling for state funding to support bridge and road infrastructure to remain steady at $2 billion annually for eight years. The law calls for yearly adjustments to the fuel tax if receipts don't meet that level.

The treasurer and legislative officials review revenue and set the tax rate to reach the target figure each year. Last year the tax fell 8.3 cents. It climbed by 9.3 cents in 2020, stayed flat in 2019 and rose 4 cents in 2018.

Additionally, the actual surplus for FY2021 ended up being $2.5 million higher than the $58.8 million surplus that was projected last August. (Highway fuels consumption for the month of June must be estimated every year because the actual data is not available in time for the annual rate review.)

The falling tax comes amid sizzling inflation levels in recent months but also as the price per gallon of gas eases.

Gas prices dropped to $3.99 earlier this month, according to AAA, down 20% from a high in June and the first time the average fell below $4 since early March.

The decrease goes into effect Oct. 1.