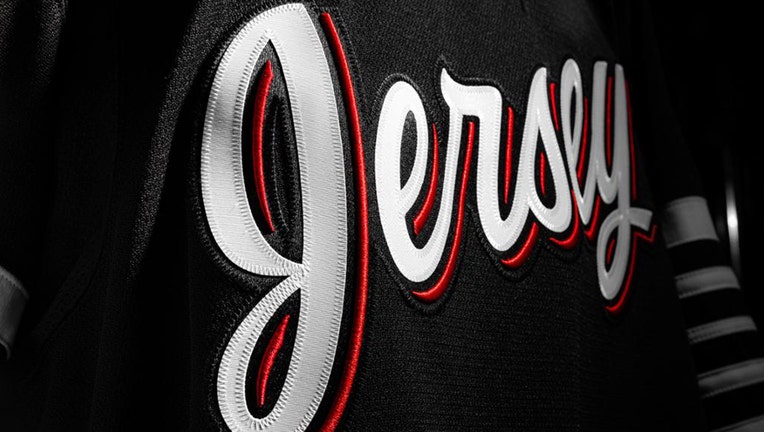 NEW JERSEY (of course) - The New Jersey Devils have unveiled a new jersey with the word "Jersey" on the front. The squad will debut the "Jersey" jersey — the franchise's first-ever third jersey — for the first time on the ice on Dec. 8 against Philadelphia.

Does all that make sense?

"This is a jersey our alumni are envious of that they wished they could have played in it back in their day," retired Devils legend Martin Brodeur, who contributed to the shirt's design, said in a statement. "People throughout the state and country know us as 'Jersey,' this is our place, our home and this jersey signifies that."

The black-inspired, red-shadowed design weaves together Jersey pride, Devils history, and the state's professional hockey heritage, the Devils said. The sweater, which has been on the drawing board for three years, is reflective of 90 years of New Jersey hockey history, the last 40 with the Devils carrying the banner, the team said.

The club's current home sweaters are red and the road ones are white. The crest is an encircled NJ with devils' horns on top of the J. The pants are black.

"The jersey exudes pride as the Devils are the only professional team that plays in this state while wearing it across our chest," the team said in a news release. "Having done so for our entire existence with the horned and tailed 'NJ,' now we proudly spell it out with 'Jersey.'"

The "Jersey" jersey will have 21 stripes — one for each of New Jersey's 21 counties.

The Devils play at Prudential Center in Newark.

The team's PR department had a little fun on Twitter with the double meaning of the word "jersey." It tweeted: "Coming soon… maybe" with an image of a black, red, and white hat with the word "hat" on it.