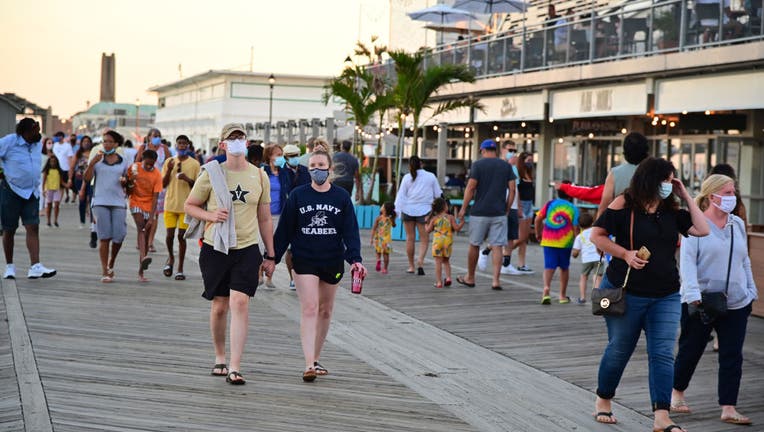 Murphy, a Democrat, called the gathering at the Seaside Heights house that hosted the MTV show one of the “most extreme and egregious” examples of “knucklehead" behavior since the outbreak began in March.

The Canadian YouTubers, known as the Nelk Boys, have nearly 6 million subscribers and rented out the house Monday to mark the offering of new merchandise for sale.

There were reportedly several thousand people at the house where the show Jersey Shore was filmed.

In comments posted on Twitter, one of the group's members, Kyle Forgeard, said they didn't intend for a large group to gather and the group was being unfairly criticized. He said they had hired off-duty police and provided other security to make sure there wasn't a big gathering.

“Now that we've learned when COVID's going on everyone's bored people are going ... to show up,” he said.

He also disputed reports suggesting the group aimed to attract so many people.

“We didn't want to get in trouble,” he said.

Police have said they arrested eight people during the gathering Monday.

Murphy estimated the crowd numbered about 1,000 people and said it took seven or eight police departments to break up.

New Jersey's coronavirus restrictions cap the number of people at an outdoor gathering at 500, and call for social distancing and masks.

Murphy said all the people who showed up should get tested and pointed to recent trends showing increasing COVID-19 positive test results among young people.

The orignal “Jersey Shore” series ran on MTV from 2009 to 2012, following the adventures of a group of 20-somethings as they spent summers in the beach town of Seaside Heights, New Jersey.