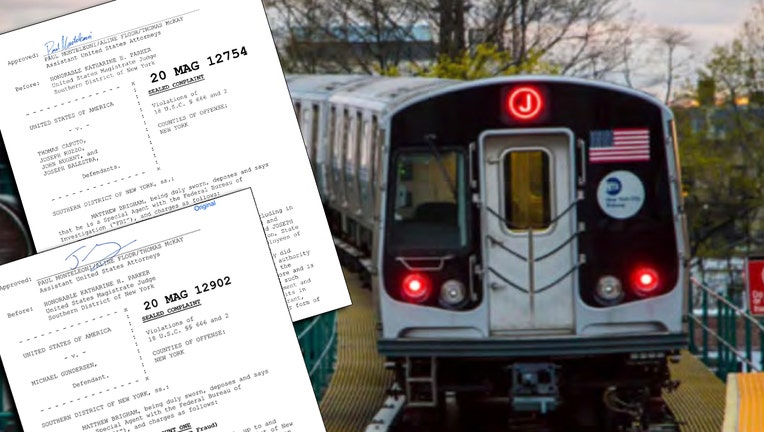 NEW YORK - Several current and former Metropolitan Transportation Authority workers racked up "almost physically impossible" hours of overtime resulting in more than $1 million in extra pay for shifts they never worked, according to authorities. Instead, they're accused of being at home, on vacation, at a bowling alley, and more during those bogus OT hours.

"These defendants, senior LIRR and New York City Transit employees, allegedly made themselves some of the highest-paid employees at the entire MTA by claiming extraordinary, almost physically impossible, amounts of overtime," Acting U.S. Attorney Audrey Strauss said in a statement. "As alleged, those almost impossible claims were fueled by brazen, repeated fraud, including falsely claiming to be working overtime hours while the defendants were at their homes or, in some instances, bowling."

In a statement, an FBI official called what the men are accused of doing "an incredibly blatant overtime fraud scheme."

"In the case of at least one defendant, the excessive compensation he received from the MTA was equivalent to purportedly working 10 additional hours a day, every day, for 365 days," FBI Assistant Director William F. Sweeney Jr. said. "The others weren’t far behind, collectively earning more than $1 million in overtime pay."

Federal authorities charged Thomas Caputo, 56, of Holbrook, New York; Joseph Ruzzo, 56, of Levittown, New York; John Nugent, 50, of Rocky Point, New York; Joseph Balestra, 51, of Blue Point, New York; and Michael Gundersen, 42, of Manalapan, New Jersey, with federal program fraud, which carries a maximum sentence of 10 years in prison, according to the U.S. Attorney's Office for the Southern District of New York, which is based in Manhattan.

In 2018, Caputo made more money than anyone else on the entire MTA payroll, including the chairman: $461,000. Prosecutors said that about $344,000 of that came from clocking 3,864 overtime hours on top of 1,682 regular hours. That means that if he had "worked every single calendar day in 2018 including weekends and holidays (although he did not), that would average out to approximately 10 hours of overtime every day for an entire year in addition to his regular, 40-hour work week," the U.S. Attorney's Office said in a news release.

That same year, Ruzzo, Nugent, Balestra, and Gundersen each earned more than $240,000 in overtime pay based on recording additional shifts totaling between 2,918 and 3,914 hours, authorities said.

"[I]f the defendants had worked every calendar day in 2018 would average out to approximately 8 to 10 hours for every single day, in addition to the employee's regular 40-hour work weeks," the prosecutor's office said.

Investigators tracked down the workers' "true whereabouts" by looking at location information for their cell phones, bank records, MTA building access card data, work and personal emails, social media posts, and records from a bowling center where Caputo played in a bowling league.

All five men were expected to appear before a federal magistrate judge on Thursday. It is not clear if they have lawyers who can comment on their behalf.