The NYPD says the attacker tried to hide under a subway train after the attack in a Manhattan subway station.

NEW YORK - A subway worker was hospitalized after he was attacked with a hammer in a Manhattan subway station early on Tuesday morning.

The NYPD says it happened around 1:45 a.m. inside the W. 14th St. and 8th Ave. Subway Station in the West Village.

A 29-year-old man walked into the dispatch room at the station.  An MTA worker confronted the man.

The trespasser then grabbed a hammer and bashed the 51-year-old worker in the head. 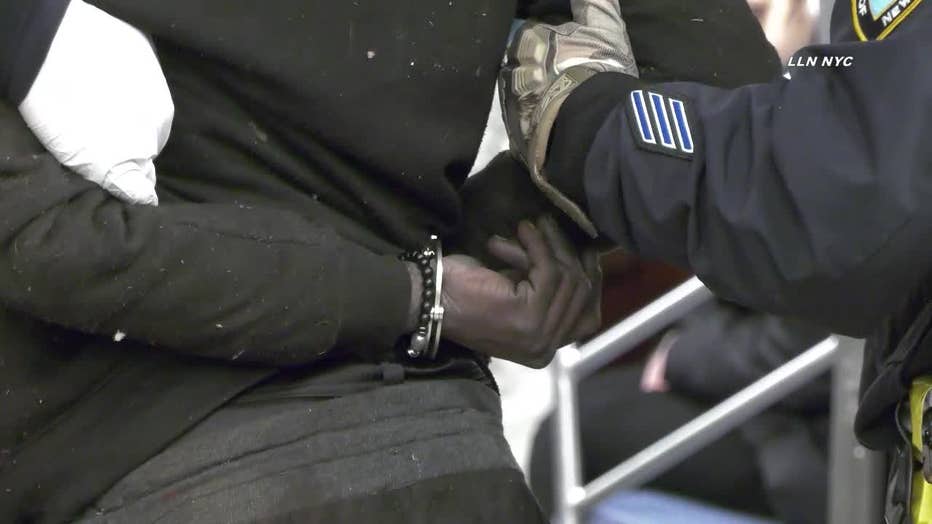 The suspect in a hammer attack is detained by the NYPD in a Manhattan subway station.

Police arrested the attacker at the crime scene.  He was reportedly trying to hide under a train at the station.

He was handcuffed and carried out of the station into a police car.  The NYPD says he was taken to Bellevue Hospital for an evaluation.

Charges were not immediately available in connection with the arrest. 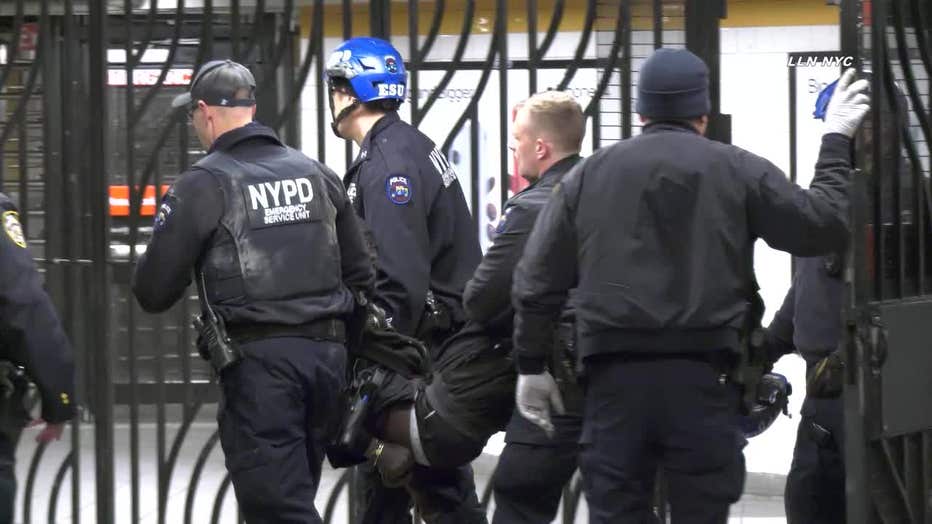 The suspect in a hammer attack is carried by NYPD officers in a Manhattan subway station.

EMS took the victim to the hospital in stable condition.  The extent of their injuries was unknown.

This is the fourth attack on an MTA worker in the past week in New York City.

Earlier this month the New York City Council questioned the MTA and NYPD about how the two agencies are prioritizing public safety in the subway system.

Transit crime is up 30% for the year in New York City.

In addition to high-profile cases this fall, so harrowing that some New Yorkers have been scared off from using the system, minor stabbings and assaults are frequent.

An MTA worker was attacked with a hammer in a Manhattan subway station.