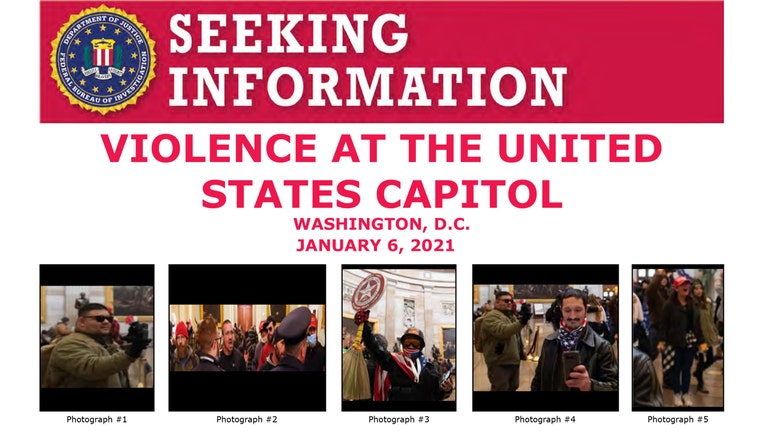 Photograph No. 4 in this excerpt from an FBI poster reportedly shows an MTA worker named Will Pepe at the U.S. Capitol on Jan. 6, 2021. (Via FBI.gov)

NEW YORK (AP) - The FBI on Tuesday arrested an employee of the Metro-North commuter railroad on charges that he participated in last week's mob assault on the U.S. Capitol.

Will Pepe was in federal custody and was scheduled to make an initial court appearance Wednesday at the federal court in White Plains, according to Nicholas Biase, a spokesperson for the U.S. attorney in Manhattan.

Pepe was previously suspended without pay from his job with the Metro-North commuter railroad after he was photographed inside the Capitol during the unrest. Metropolitan Transportation Authority officials said he had called in sick to attend the protests in Washington, D.C.

The exact charges against him were not immediately announced. A telephone number for him could not be found.

Pepe was a laborer at Metro-North's train yard in Brewster, New York. The MTA said in a statement Tuesday that it is cooperating with the investigation.

"Participation in the riot which resulted in deadly violence at the Capitol last week was abhorrent to the values of the MTA and New Yorkers, and those who attacked that symbol of American democracy disqualified themselves from working for the People of New York," MTA Communications Director Tim Minton said in a statement.

The FBI had put Pepe's image on a "Seeking Information" poster related to Wednesday's violence at the Capitol. He is seen wearing an American flag bandana around his neck while holding up his mobile phone as if to take a picture or video of himself. 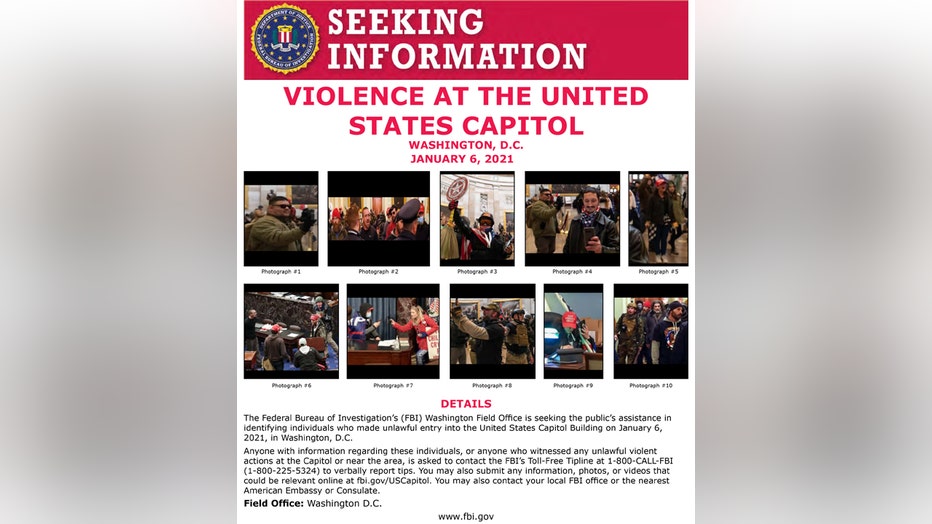