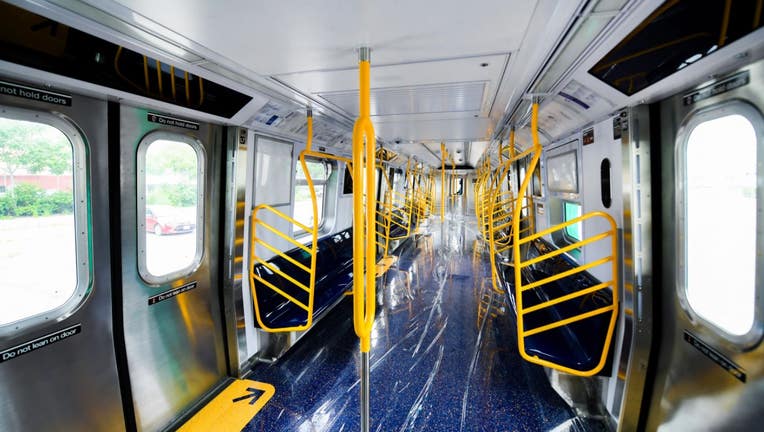 NEW YORK - The MTA has unveiled the first five future subway cars that will begin replacing some of the system's oldest trains at the end of next year.

Testing will begin on the R211 cars in the next few weeks, with the cars expected to begin serving passengers on select lettered lines next summer.

"The arrival of the first of the R211s marks a critical milestone in the MTA's broader efforts at modernization," said Janno Lieber, President MTA Construction & Development. "They are a vital element of our historic Capital Plan that is continuing to pick up steam as we begin to emerge from the pandemic. In addition to giving riders a more modern passenger experience, they’re also essential to the re-signaling initiatives already underway that will allow us to increase capacity by running more trains, and providing more frequent service."

The expanded doors are designed to reduce delays and speed up train movement by speeding boarding and reducing the amount of time trains sit in stations.

The cars also include digital displays that will provide real-time information about service and stations, and brighter lighting and signage.