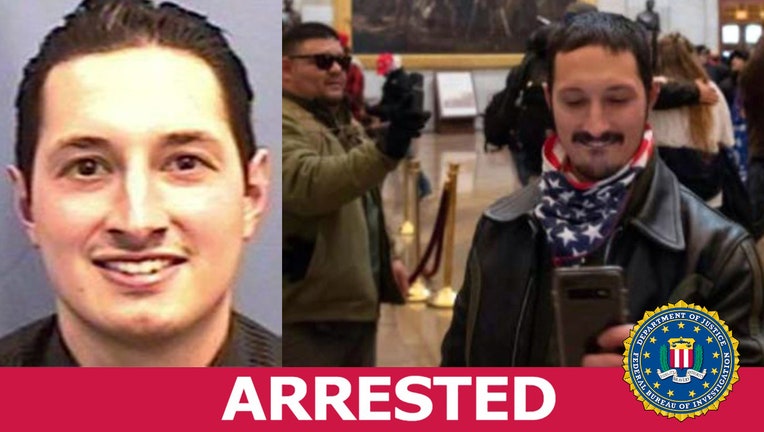 NEW YORK - The Metropolitan Transportation Authority has fired an employee who is accused of participating in the Jan. 6 mob assault on the U.S. Capitol, the agency announced on Tuesday.

William Pepe was a worker at Metro-North Railroad's train yard in Brewster, New York. MTA officials have said that Pepe called in sick to attend the pro-Trump rallies in Washington, D.C. in January. Photos taken from inside the Capitol Rotunda showed Pepe participating in the breach of the building.

The FBI arrested Pepe on Jan. 12 and brought him to the federal court in White Plains for his first appearance. The MTA then said it has suspended him and would cooperate with the federal investigation.

"We made it clear since the Jan. 6 attack on our nation's Capitol building that the apparent participation by one of our employees was unacceptable and inconsistent with Metro-North's values," Metro-North Railroad President Catherine Rinaldi said in a statement. "After affording Mr. Pepe the due process to which he was entitled under his collective bargaining agreement, we have terminated him today for conduct unbecoming a Metro-North employee."

After the insurrection, the FBI released hundreds of images of the people who had rioted on the Capitol ground and/or stormed the Capitol building itself. One "Seeking Information" poster showed a man later identified as Pepe wearing an American flag bandana around his neck while holding up his mobile phone as if to take a picture or video of himself. Prosecutors included that image in court documents filed in support of his arrest.

A federal grand jury in the District of Columbia indicted Pepe on conspiracy; assaulting, resisting, or impeding officers; civil disorder; and other charges, according to the U.S. Attorney's Office in Washington.