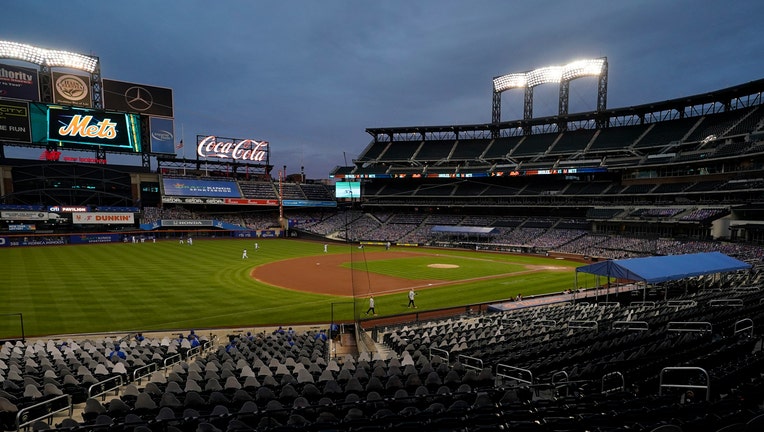 The sale from the Wilpon and Katz families values the franchise at between $2.4 billion and $2.45 billion, a record for a baseball team. The sale is likely to close within 10 days.

An entity controlled by Cohen will own 95% of the franchise, and the Wilpon and Katz families will retain 5% of the team.

New York City Mayor Bill de Blasio said Friday that the city does not object to the sale. The city had the right to review the proposed transfer of the lease of Citi Field, the Mets' home since 2009.

I am humbled that MLB’s owners have approved me to be the next owner of the New York Mets. Owning a team is a great privilege and an awesome responsibility," Cohen said in a statement. "I would like to thank the owners and Commissioner Manfred and his team for welcoming me to Major League Baseball. And I want to thank Fred Wilpon for inviting me to buy into the franchise in 2012. Fred is one of the game’s true gentlemen and I consider it an honor to be the new owner of this iconic franchise. Most of all, I’d like to thank Mets fans for their unwavering support throughout this process."

“I extend my best wishes to Fred Wilpon, Saul Katz and Jeff Wilpon and thank them for their longstanding efforts for the Mets. In particular, we appreciate Fred’s decades of service to league committees and the governance of the game," baseball Commissioner Rob Manfred said in a statement. “On behalf of Major League Baseball, I congratulate Mr. Cohen on receiving approval from the major league clubs. Steve will bring his lifelong passion for the Mets to the stewardship of his hometown team, and he will be joined by highly respected baseball leadership as well. I believe that Steve will work hard to deliver a team in which Mets fan can take pride.”

The 64-year-old Cohen is CEO and president of Point72 Asset Management. He first bought an 8% limited partnership stake in 2012 for $40 million.

The publisher Doubleday & Co. bought the Mets in 1980 from the family of founding owner Joan Payson for $21.1 million, with the company owning 95% of the team and Wilpon controlling 5%.

When Doubleday & Co. was sold to Bertelsmann AG in 1986, the publisher sold its shares of the team for $80.75 million to Wilpon and Nelson Doubleday, who became 50-50 owners.

Wilpon completed his buyout of Doubleday in August 2002, ending what had become an acrimonious partnership. Under the original appraisal, Doubleday would have received $137.9 million — half the team’s $391 million value after accounting for debt. Wilpon sued, and the sides then settled.