A 21-year-old man was arrested Friday on charges of murder and sexual abuse for allegedly attacking a 92-year-old woman as she walked near her home in Queens. Authorities say Reeaz Khan, of Queens, assaulted the victim, Maria Fuertes, in the early morning hours of Jan. 6.

NEW YORK - A 21-year-old man has been charged in connection with the brutal attack, possible sexual assault and death of a 92-year-old woman in Richmond Hill.

"Thanks to the hard work and dedication of the @NYPD106Pct Detectives and Queens South Homicide Squad,  I'm pleased to announce that we've taken this suspect into custody," wrote Chief Rodney Harrison.

Maria Fuertes was reportedly strangled while out for a walk around the block from her home Monday night, sources told the NY Post.

The suspect, identified by police as Reeaz Khan, allegedly approached the eldery Fuertes from behind. A struggle ensued and both fell behind a parked car. The suspect was seen running northbound along 127th Street as Fuertes lay on the ground, going in and out of consciousness, according to police. She was taken to a local hospital where she was pronounced dead.

Fuertes sustained injuries to her neck, back and genital area.

Cops had released photos and surveillance video of the suspect along with a $2,500 reward.

According to police, the pair did not know each other.

Khan had been recently arrested for assaulting his father with a broken ceramic mug, but was released on his own recognizance. 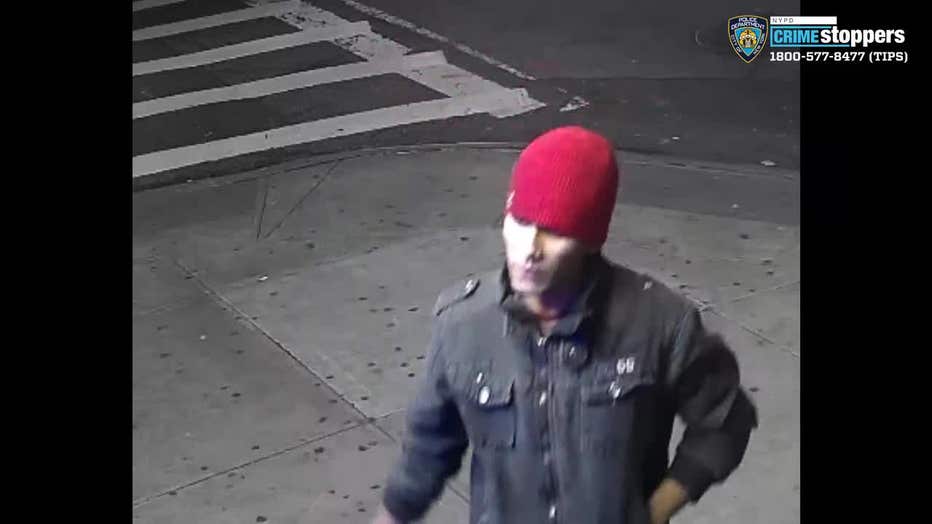