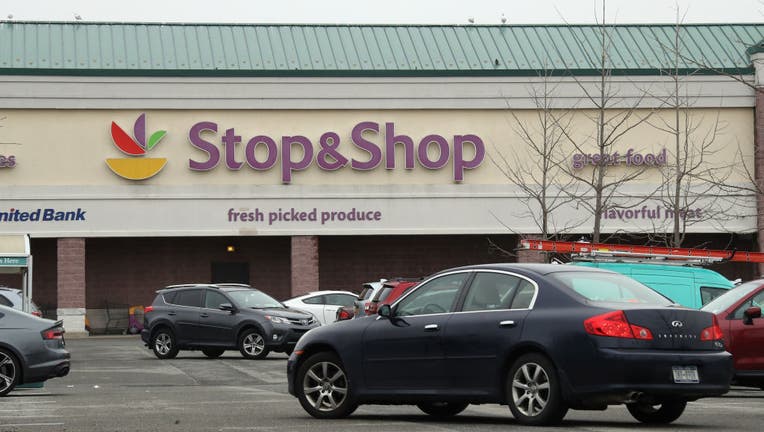 The outbreak of the coronavirus has dealt a shock to the global economy with unprecedented speed as it continues to spread across the world. Here is a look at some of the latest developments Thursday related to the global economy, particular economic sectors, and the workplace:

JOBS: As the coronavirus continues to spread, the jobs of many are disappearing. The jobs that are impacted by the economic shutdown cross a wide swath of industries.

But there are a few sectors, like those in the food industry, that need to hire as demand for their services surges.

Lowe's will be hiring 30,000 positions that will be a mix of full-time, part-time, overnight and seasonal roles. The jobs are available for displaced workers and those who are seeking short-term opportunities. The home improvement retailer is also offering special one-time bonuses of $300 for full-time workers and $150 for part-time workers.

Convenience store operator Sheetz has more than 1,300 openings for those looking for full-time or part-time jobs. The company announced Thursday that it's giving a pay bump of $3 per hour to its approximately 17,000 employees from March 13 to April 23.

HEAVY INDUSTRY: Ford Motor Co. CEO Jim Hackett told employees Thursday that the company's top 300 executives will defer 20% to 50% of their pay for at least five months starting May 1 due to the coronavirus crisis. Executive Chairman Bill Ford will not take a salary for that period. The announcement comes the same day that Ford said it plans to reopen five of its North American assembly plants starting April 14.

Volkswagen said it is extending the shutdown of its German car, truck and parts plants for another four days until April 9. At the same time, the company said it is working “a comprehensive package of measures” to re-start production when that becomes possible. The company said it would use its experience from China, where its plants have resumed production “and the market seems to be gradually returning to normal.” The company said it had no cases of coronavirus among its employees in China.

AIRLINES: German airline Lufthansa and its budget arm Eurowings are leaving neighboring seats empty on all flights from and within Germany for social distancing. The measure takes effect on Friday. Passengers will board at terminal gates and not by bus whenever possible. The action won't apply to flights to Germany in order to help as many German residents as possible get home.

A day earlier American Airlines announced that it was taking out of circulation half of all middle seats and all seats adjacent to flight attendant jump seats on every flight to provide more social distancing.

On Thursday, American said it will add seven flights to return people home to the U.S. from four cities in Latin America because of travel restrictions related to the new coronavirus outbreak. The flights will operate Thursday and Friday from three cities in Honduras to Dallas-Fort Worth International Airport, and one flight Saturday from Sao Paulo, Brazil, to DFW. Earlier this week, American operated charter flights for the State Department to carry Americans home from Guatemala and Peru.

DRIVE-THRU SURGE: Wendy's Co. says its drive-thru business has grown to approximately 90% of overall sales amid the virus outbreak. Like many restaurant operators, Wendy's is currently not offering sit-down service to help prevent the spread of COVID-19.

The chain is also suspending stock buybacks and drawing down $120 million under its revolving financing facility of variable funding senior secured notes. Many businesses are taking similar actions to conserve cash and improve their financial flexibility.

McDonald’s company-owned stores closed their dining rooms and moved to drive-thru, takeout and delivery service only on March 16. Most franchisees have followed.

McDonald’s said it will focus on its most popular menu items and remove others over the next few weeks.

Also Thursday, Chicago-based McDonald’s said in a regulatory filing that it took out a $1 billion loan to bolster its cash and better cope with the uncertainty from the virus.

TRAVEL: Park Hotels & Resorts is suspending operations at almost half of its 60 hotels to reduce ongoing costs as it deals with softer demand during the virus outbreak. The company is looking for alternative revenue options such as providing temporary lodging for first responders, other medical personnel, military personnel, displaced guests and residents of communities where Park’s hotels are located. Park has drawn the remaining $650 million of its $1 billion unsecured revolving credit facility as a precautionary measure.