An award-winning lamb is currently under investigation and may be stripped of its title after veterinarians at the Logan County Fair in Ohio found illegal drugs in its system.

A baa-d little lamb found wandering alone on a road in Ireland spent the night in a jail cell before being returned to his flock.

Police in Ireland said the lost lamb had been separated from the flock over the weekend and was found on a road near the town of Clonmel in County Tipperary. The animal was taken to the local jail while officers worked to find its owner.

Ireland’s police force, the Garda Siochana, shared photos on Twitter of the little lamb resting in a cell. 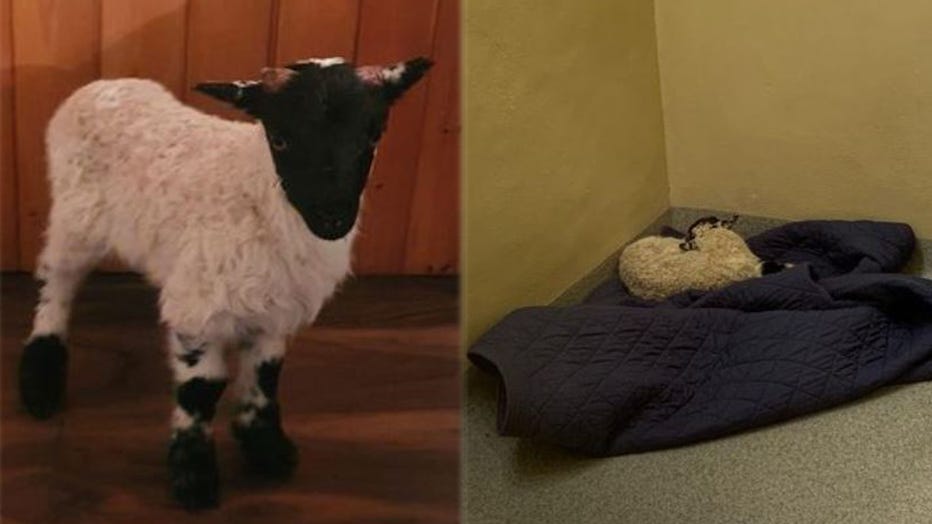 "This little fella was found over the weekend by Gardaí in Clonmel after he became separated from his flock. Many thanks to the person who phoned this in after locating him on the road," the Garda wrote April 19.

Officials added that he was cared for and returned to his "grateful" owner on Sunday.

Another stray animal recently got the attention of authorities after repeatedly breaking into a dollar store to steal a purple stuffed unicorn.

Sisu, a 1-year-old male dog, tried multiple times to take the same stuffed animal from a Dollar General store in Duplin County, North Carolina. He attempted to snag the toy so many times that animal control was called on the dog.

The responding animal control officer purchased the unicorn for Sisu and made sure he could have it at the shelter. The county’s animal services posted the news on Facebook, which has since gone viral and prompted tons of reactions from dog lovers everywhere. Photos posted showed Sisu laying down and enjoying his new unicorn.

Sisu, who was described as "very obedient with people" who knows how to sit, lay and heel, has since been adopted.