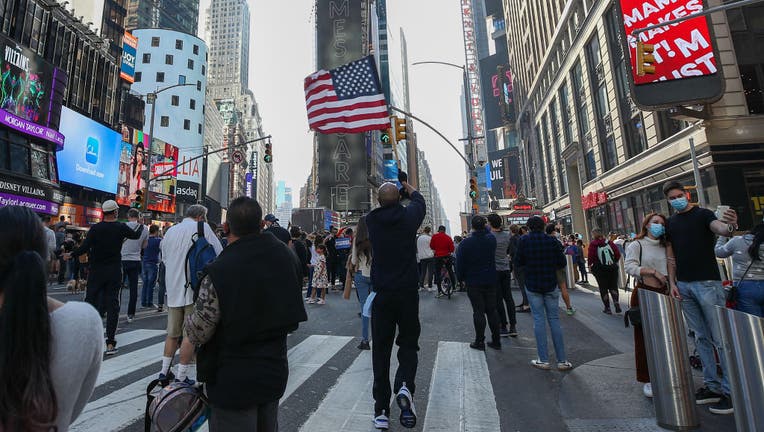 NEW YORK - Joe Biden's projected victory over Donald Trump in the presidential election was met with largely positive reactions from leaders in the Tri-State area.

"After the darkness, division and hate of the past four years, America has spoken and rejected more of the same," said New York Governor Andrew Cuomo.

"THIS is what Democracy looks like," New York City Mayor Bill de Blasio said. "The people have spoken and it was worth the wait."

"This country faces many big challenges," said Senator Kirsten Gillibrand. "And I know Joe Biden will rise to meet them with decency and compassion and do the necessary work to heal our nation."

"I am incredibly proud the state of Connecticut picked Vice President Joe Biden to be our next President," Connecticut Governor Ned Lamont said. "I know that his leadership as President of the United States will work to unify our nation."

"The long dark night in America is over, and a new dawn is coming." Senator Chuck Schumer said.

"Americans made their voices heard in historic numbers," said Senator Cory Booker. "They chose love over hate, hope over fear, unity over division."

The president-elect is expected to address the nation Saturday at 8 p.m. ET.