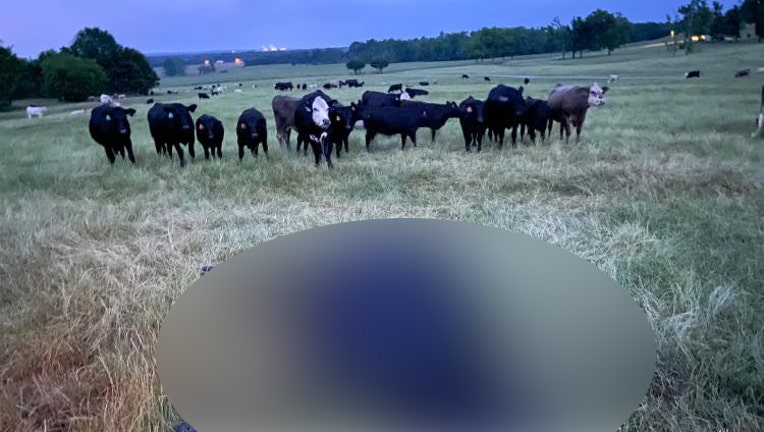 AUTAUGAVILLE, Ala. - An Alabama farmer is warning people about the dangers of thunderstorms after he said a lightning strike killed his cow "on the spot."

Andy Wendland runs and operates the Autauga Farming Company along with his family in central Alabama.

Wendland said storms rolled through the area Sunday night. He said he and his family were wrapping up a family gathering inside when they heard a loud boom of thunder.

His daughter looked up and saw one of the cows fall over in the pastures.

"The cow had been struck by lightning, and fell dead, on the spot, within a hundred yards of our front porch," he posted on Facebook. "We have never had one hit this close to our home."

"We are always saddened at a loss like this, but realize that events like this happen in nature," Wendland said in a statement to FOX Television Stations. "On a farm you learn very early that there are many events beyond your control."

Lightning struck the area around the Artemis 1 dress rehearsal Saturday.

However, Wendland wants to remind people about taking shelter during severe weather.

"We had a stark and vivid demonstration today of why you don’t want to be outside if lightning could be in the area," his Facebook post continued.

The U.S. Centers for Disease Control advises people, "When thunder roars, go indoors." Officials said if going inside isn’t feasible, people should crouch and get as close to the ground as possible but never seek shelter under a tree.

The National Weather Service says lightning kills about 20 people each year in the United States and hundreds more are injured.