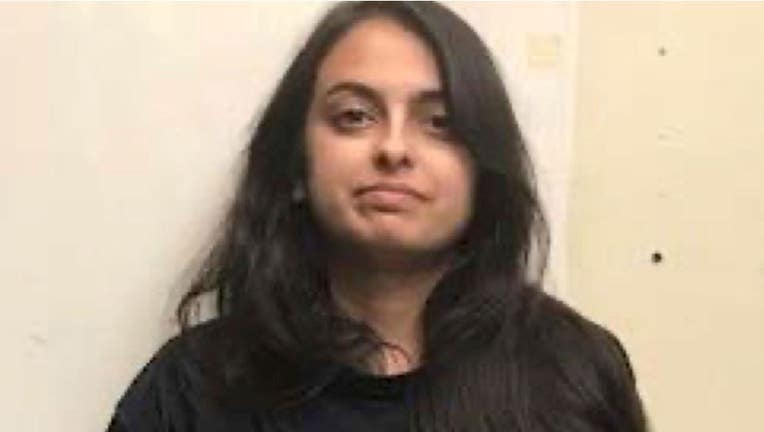 NEW YORK - A New York City attorney was sentenced to 15 months behind bars on Friday for firebombing an empty NYPD vehicle with another lawyer during protests over the murder of George Floyd.

Before hearing her sentence, Urooj Rahman asked a judge to spare her prison time and give her a "second chance" to redeem herself for what she called a momentary lapse of judgement. 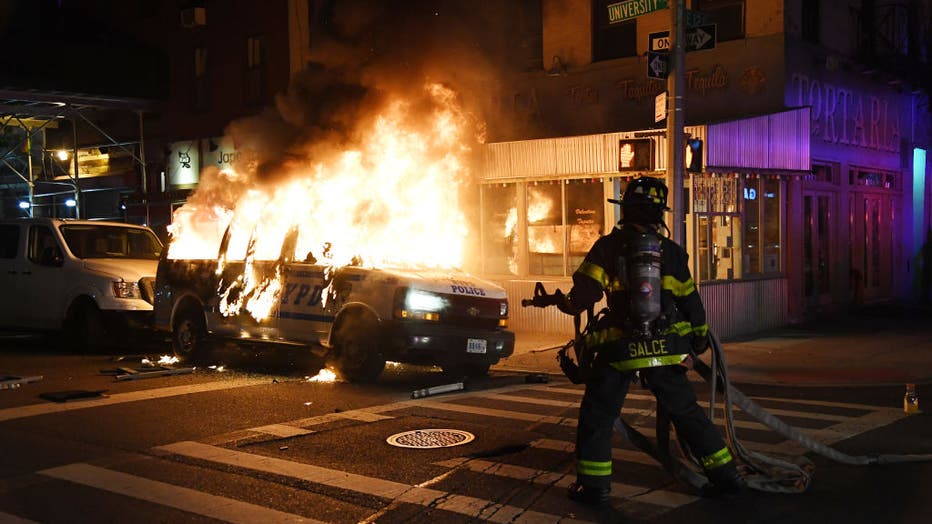 NEW YORK, NEW YORK - MAY 30: FDNY Firefighters work to put out fires on NYPD vehicles caused by protesters near Union Square who are protesting the recent killing of George Floyd on May 30, 2020 in New York City. Demonstrations are being held across

"I’m so incredibly sorry for my reckless and wrong actions," a tearful Rahman said in federal court in Brooklyn. "I don’t think there’s enough words to express my sorrow and regret. ... I completely lost my way in the emotion of the night."

U.S. District Judge Brian Cogan praised her for choosing a career in public interest law to fight against social injustices.

"You’re a remarkable person who did a terrible thing on one night," Cogan said.

However, Cogan also scolded her for thinking she could get away with violent protest. 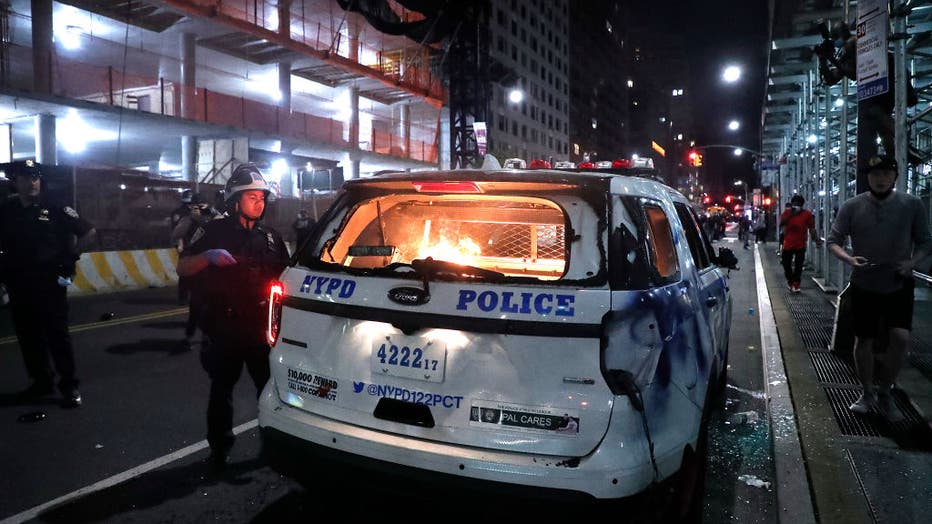 Police car is on fire during a demonstration in response to the death of a Minneapolis man George Floyd on May 29, 2020 in New York City. The video that captured the death of George Floyd implicated the arresting officers sparking days of riots in Mi

"It displays an amazing amount of arrogance. … It’s just a very arrogant way to think," he said.

Federal prosecutors had recommended a sentence of 18 to 24 months as part of a plea deal.

Rahman and Colinford Mattis were arrested amid clashes between protesters and police on May 30, 2020, during an eruption of demonstrations following Floyd’s killing by a police officer in Minnesota.

Surveillance cameras recorded Rahman hurling an incendiary device into a parked police vehicle, setting fire to its console. No one was injured in the attack, but the vehicle was severely damaged. 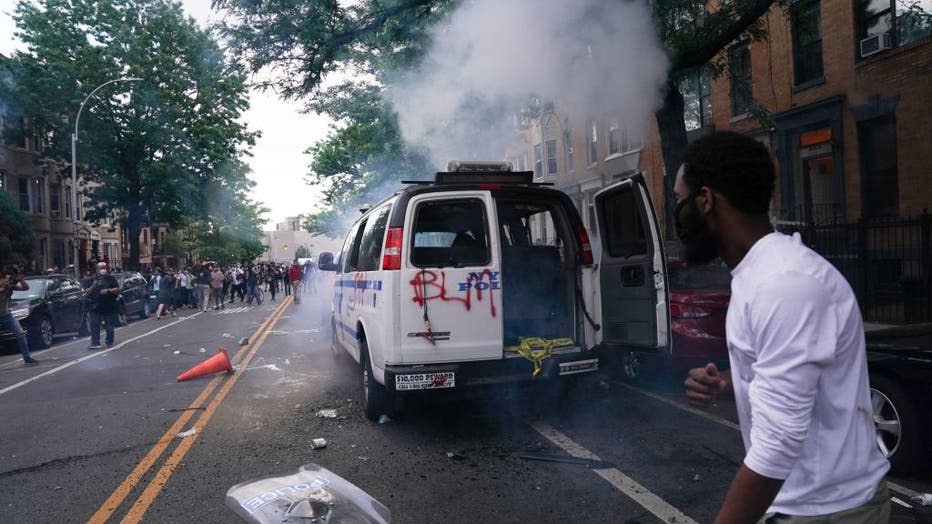 A man runs by an NYPD police van on fire during a demonstration against the killing of George Floyd by Minneapolis police on Memorial Day on May 30, 2020 in the Borough of Brooklyn in New York. - Demonstrations are being held across the US after Geor

Officers arrested the lawyers a short time later and said they found a lighter, a Bud Light beer bottle filled with toilet paper and a gasoline tank in the back of a minivan driven by Mattis, a corporate attorney. Prosecutors alleged the lawyers planned to distribute and throw other Molotov cocktails.

While other lawyers condemned their conduct, some objected to the severity of the charges, arguing that the case was improperly handled as if it were an act of domestic terrorism. When the U.S. attorney in Brooklyn asked that the lawyers be detained without bail, 56 former federal prosecutors sent a legal brief to the court criticizing the government’s handling of the case.

Rahman and Mattis have been disbarred. Mattis is scheduled for sentencing next month.