Heading for driest February on record

Meteorologist Steve Paulson says it looks like we are going to tie or beat a record for 1864.

OAKLAND, Calif. - Sunny skies and temperatures well above average are in store for the Bay Area on Tuesday with no rain in sight, according to the National Weather Service.

So far it's been 29 days without rain and there's been zero drops of precipitation all of February, said KTVU meteorologist Steve Paulson.

The last time there was no rain in San Francisco was 156 years ago, in 1864, when the Civil War was raging and Abraham Lincoln was president.

Temperatures will soar as high as 78 degrees in Santa Rosa on Tuesday, more than 10 degrees above the average for this time of year, Paulson said.

All the dry weather has moved part of California into a drought zone, even though the Golden State had been drought-free since the early December.

Earlier this month, the Drought Monitor designated just over 9.5% of the state, including the central and southern Sierra Nevada and adjacent areas of the Central Valley, as being in moderate drought. 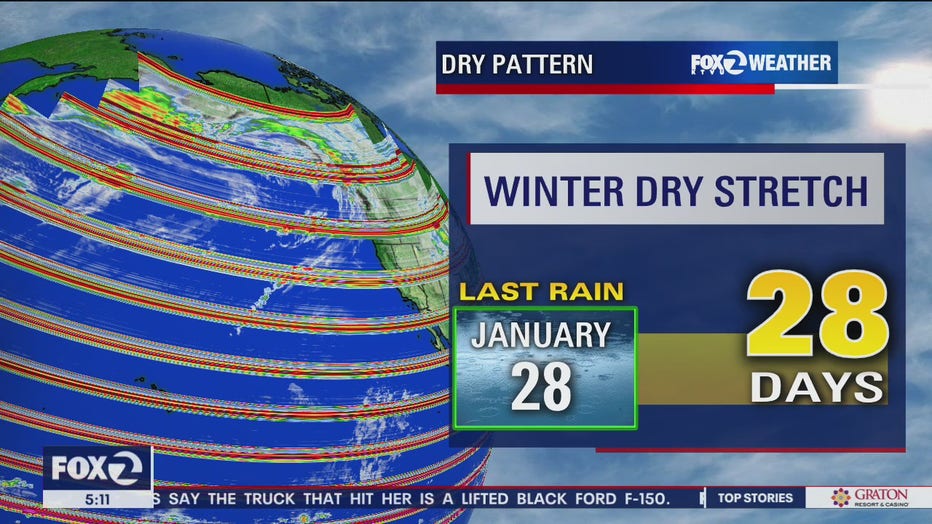