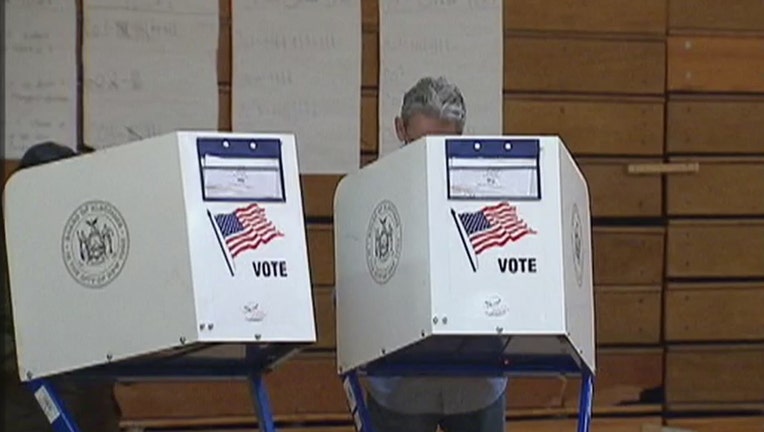 NEW YORK (AP) - The New York Democratic presidential primary must take place June 23 because canceling it would be unconstitutional, a judge ruled Tuesday.

U.S. District Judge Analisa Torres in Manhattan ruled after hearing arguments a day earlier as lawyers for withdrawn presidential candidates Bernie Sanders and Andrew Yang argued that it was wrong to cancel the primary.

"If all but one of the presidential candidates are removed from the ballot and the primary is not held, Delegate Plaintiffs will be deprived of the opportunity to compete for delegate slots and shape the course of events at the Convention, and voters will lose the chance to express their support for delegates who share their views, the judge wrote. "The loss of these First Amendment rights is a heavy hardship."

She added: "There is also a strong public interest in permitting the presidential primary to proceed with the full roster of qualified candidates."

The Democratic members of the State's Board of Elections voted to cancel the presidential primary even though New York was still planning to hold its congressional and state-level primaries June 23.

They cited the danger to voters from COVID-19 as a reason to cancel the election since former Vice President Joe Biden has been endorsed by the major candidates he had faced.

Jacobs had called holding the primary "unnecessary" with the suspension of Sanders' campaign and said reduced turnout could reduce the need for as many poll workers.

Lawyers who argued before Torres on Monday did not immediately return calls seeking comment.