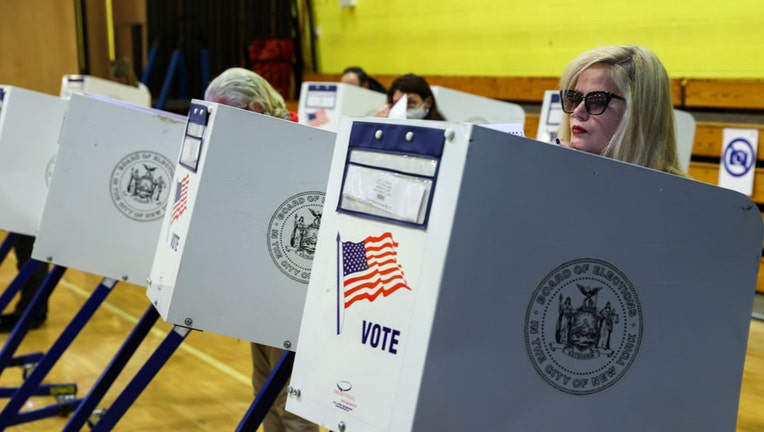 NEW YORK - A judge on Monday blocked New York City from letting noncitizens vote for mayor and other municipal offices, a measure that Republicans had challenged as unconstitutional.

In January, New York became the first major U.S. city to grant widespread municipal voting rights to noncitizens, though none had cast ballots yet.

The new law, passed by the Democrat-led city council, allowed more than 800,000 noncitizens and "Dreamers" in New York City to vote in municipal elections as early as next year. The law didn't affect presidential, congressional or state elections.

The law's supporters said it gave an electoral voice to many people who have made a home in the city and pay taxes to it but face tough paths to citizenship. New York GOP Chair Nick Langworthy and several Republican elected officials said the law violated provisions in the state constitution and state election law that specifically confer voting rights on citizens.

"There is no statutory ability for the City of New York to issue inconsistent laws permitting noncitizens to vote and exceed the authority granted to it by the New York State Constitution," Porzio wrote.

Langworthy hailed the ruling as a "victory for citizen rights, election integrity and the rule of law." He accused New York Democrats of abusing their leadership of the city and state governments to "illegally rig the system while trampling on citizen’s rights."

A request for comment was sent to lawyers for the city.

The law gave municipal voting rights to noncitizens who have been lawful permanent residents of the city for at least 30 days, as well as those authorized to work in the U.S. — including "Dreamers," a term for young immigrants living in the country illegally who were brought here as children and have temporary protection from deportation.

"Months ago, after years of it being denied, New York City restored the right to vote in municipal elections regardless of immigration status with legislation I was proud to co-sponsor, an essential step towards building a true democracy in our city," said NYC Public Advocate Jumaane Williams.

More than a dozen communities across the U.S. already allow noncitizens to cast ballots in local elections, including 11 towns in Maryland and two in Vermont.

"Days after the John R. Lewis Voting Rights Act was signed in New York State in opposition to a rising tide of voter disenfranchisement across the country, the court’s ruling undercuts that mission and belies New York’s role as a supposed progressive beacon – it must be immediately appealed. New York is a city of immigrants, and to advance our city, we must advance our vote," added Williams.