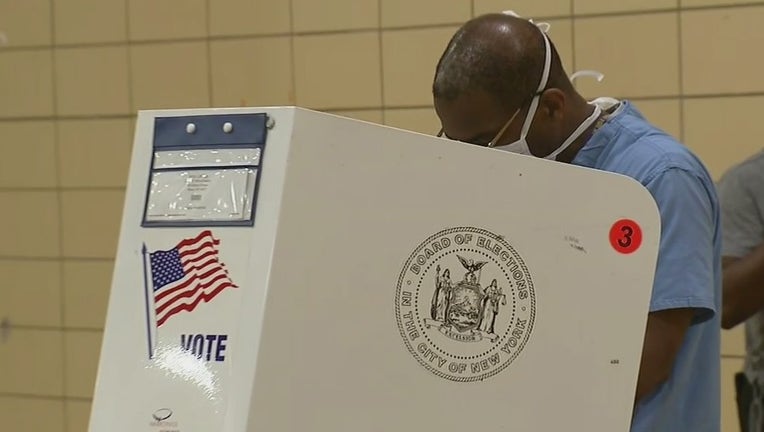 NEW YORK - New York Gov. Kathy Hochul on Monday signed a bill into law intended to prevent officials in municipalities and counties from enacting rules that might suppress citizens' voting rights because of their race.

The John R. Lewis Voting Rights Act, named after the late civil rights activist who represented Georgia in the U.S. House, makes New York one of the first states to bring back a version of a process known as "preclearance," which the U.S. Supreme Court gutted in a landmark decision in 2013.

Under the federal Voting Rights Act of 1965, states and counties with a record of suppressing the rights of Black voters once had to seek U.S. Justice Department approval before changing voting rules. But the Supreme Court's ending of that practice helped clear the way for multiple states to enact new rules around voting in recent years. The court's majority opinion said federal oversight was no longer needed.

At the bill signing ceremony in Brooklyn on Monday, Hochul criticized Republicans in Congress for blocking federal legislation to protect voting rights.

Under the new law, local governments with a record of discrimination in New York must gain approval from state officials before making changes to voter regulations or policies. The law also expands language assistance to voters for whom English isn't their primary language. It also provides legal tools to fight discriminatory voting provisions.