The FBI says four men from Iran plotted to kidnap an Iranian American journalist from Brooklyn.

NEW YORK - An Iranian-American journalist who was the target of a kidnapping plot by alleged Iranian operatives has said police officers were keeping watch on her home almost around the clock during the month of July.

In a video posted to Twitter on July 13, Masih Alinejad describes receiving police protection during the two weeks previously.

"When I asked them why they were here, they told me it was to protect me," she says in the footage, according to an on-screen translation.

"They are here from 5 a.m. to midnight. I’m so not used to being protected by the police," she says, adding that she feels safe when she sees them. "This wouldn’t have happened in my homeland."

The U.S. Attorney’s Office for the Southern District of New York said on July 13 that four Iranian nationals, allegedly backed by the Iranian government, have been charged with plotting to kidnap a US journalist and activist who was critical of Iran.

"As alleged, four of the defendants monitored and planned to kidnap a U.S. citizen of Iranian origin who has been critical of the regime’s autocracy, and to forcibly take their intended victim to Iran, where the victim’s fate would have been uncertain at best," U.S. Attorney Audrey Strauss said in a statement.

Federal authorities in New York have charged four Iranian intelligence operatives with plotting to kidnap several Iranian dissidents who live in the U.S., Canada, and the U.K. Masih Alinejad, who lives in Brooklyn, told FOX 5 NY that she was one of the intended victims.

The attorney’s office said the four suspects are based in Iran and remain at large. All four have been charged with conspiring to kidnap, conspiring to violate the International Emergency Economic Powers Act and sanctions against Iran, conspiring to commit bank and wire fraud, and conspiring to launder money.

A fifth suspect, Niloufar Bahadorifar, was arrested in California. She isn't charged in the kidnapping plot but rather is accused of providing U.S.-based financial and other services to Iranian residents and entities, which violated sanctions against Iran, and some financial services supported the plot, according to federal authorities. 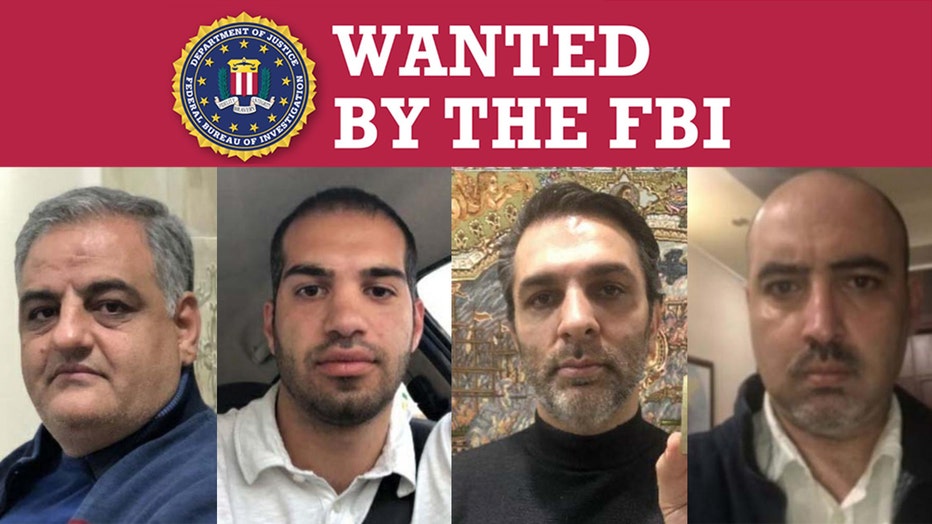 L–R: Alireza Shahvaroghi Farahani, Kiya Sadeghi, Mahmoud Khazein, and Omid Noori are wanted for allegedly conspiring to kidnap a U.S. journalist and several other people, according to federal authorities. (FBI)