JERUSALEM - Israel’s Health Ministry said Friday it has confirmed seven cases of the new omicron variant of the coronavirus, stoking fears of a pending surge in infections. Four of the confirmed cases are unvaccinated individuals who had recently returned from South Africa.

The other three include two people who returned from South Africa and from Britain and who had received two doses and a booster shot of the Pfizer-BioNTech vaccine. The third person returned from Malawi and had been inoculated with the AstraZeneca vaccine.

Israel was one of the first countries to close its borders to all non-Israeli citizens following the discovery of the first case of the omicron variant last week. Israelis from abroad are allowed to return home.

The ministry said it has a "high suspicion" that another 27 identified cases of the coronavirus are also the new variant. Eight of them are individuals who had either traveled abroad or been in contact with a recent arrival who has tested positive for omicron. 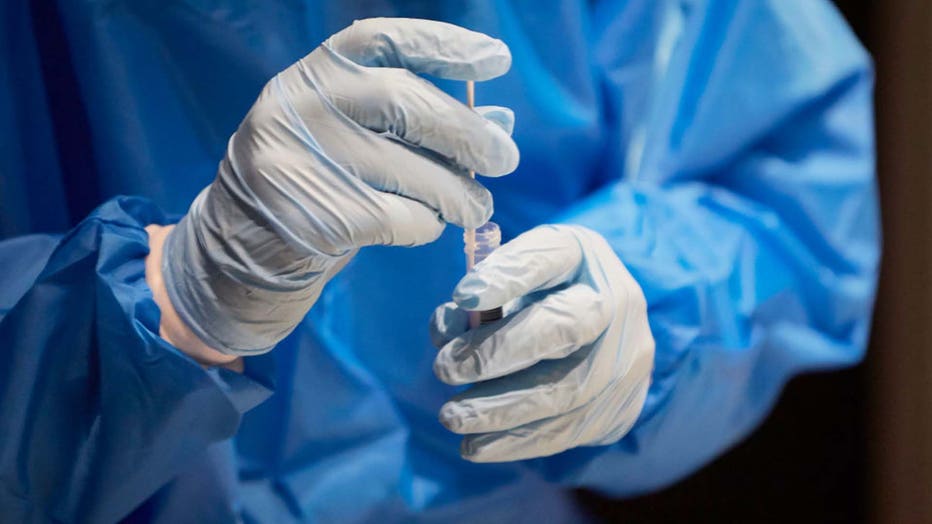 FILE - A health worker tests passengers for the COVID-19.

RELATED: Omicron: WHO says measures used against delta should work for new variant

The rest could not be connected to foreign travel — an indication the omicron variant could now be spreading within Israeli towns and cities.

On Thursday, Israeli Prime Minister Naftali Bennett — in conjunction with Israel's Ministry of Health — drafted a set of new measures designed to fend off the spread of the omicron variant. These include fines of 2,500 shekels, or about $790, for returning Israeli travelers who fail to take a second PCR test, as well as an initiative to promote vaccination in schools and by local authorities.

Israel had announced it would use the country's controversial phone tracking technology to help trace possible cases of the new coronavirus variant. That plan was however halted on Thursday, following widespread criticism that it would violate individuals’ privacy rights.

Israel, a country of over 9 million people, has reported 8,199 deaths from the coronavirus since the start of the pandemic. Most of its population — over 6.3 million people — has received at least one dose of the Pfizer-BioNTech vaccine, and more than 4 million Israelis have received a booster.