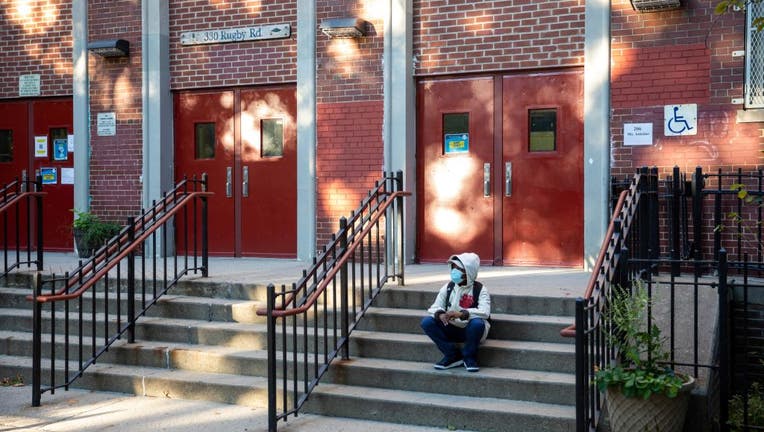 A student is seen on the steps of the closed public school PS 139 in Brooklyn in October. (Xinhua/Michael Nagle/Wang Ying via Getty Images) (Getty Images)

“I strongly disagree with Mayor de Blasio’s decision to close down schools in New York City,” Curran said in a statement. “I want to make clear to our residents that I will do everything I can to keep our schools open.”

De Blasio announced Wednesday that all of the city’s public schools will temporarily close for in-person learning beginning Thursday due to the rise of COVID-19 cases in the city.

However, Curran argued that the spread of the virus is not driven by students going to school, but instead by social gatherings where little or no precautions are taken.

“Closing schools should be the absolute last resort. Isolating children from teachers and classmates is detrimental to young people’s mental health and educational and emotional growth,” Curran said.

Earlier on Wednesday, Governor Andrew Cuomo had warned that New York City was on the verge of entering the ‘orange zone’ of COVID restrictions, meaning restrictions on houses of worship, mass gatherings, restaurants, and schools.