Many residents of Orthodox Jewish communities say they are being unfairly targeted in the new pandemic restrictions.

NEW YORK - Hundreds of members of the Jewish Orthodox community took to the streets of Brooklyn late Tuesday in a protest against new COVID-19 restrictions announced by Gov. Andrew Cuomo earlier in the day.

Members of the Borough Park Orthodox community protested along Kingston Avenue over the impact of the restrictions on houses of worship. At least one trash fire was set in the middle of the street.

“His rhetoric in recent days has been irresponsible and pejorative, particularly to a community of Holocaust survivors and their descendants, for whom his language was reminiscent of past verbal attacks on Jewish communities,” read a statement from State Sen Simcha Felder, State Assemblyman Simcha Eichenstein and City Councilmen Kalman Yeger, and Chaim Deutsch. “Governor Cuomo’s choice to single out a particular religious group, complete with a slideshow of photos to highlight his point, was outrageous.”

Some leaders and prominent members of the Orthodox Jewish community in Borough Park are speaking out agains the governor's restrictions.

One person who was recording video of the protest was attacked by the crowd.  They were reportedly knocked unconscious and rushed to the hospital.  It was unclear what their condition was after the incident.

Loud music was also played as hundreds of people, many without masks, danced in the streets.

The restrictions announced by Cuomo were aimed at “COVID-19 hotspots” in Brooklyn, Queens, and Broome, Orange, and Rockland Counties. They will remain in effect for 14 days and involve limiting access to houses of worship in the affected areas.

“Our strategy is to crush the cluster and stop the spread, and we’re announcing a special initiative to do just that,” said Cuomo.

Members of the Borough Park Orthodox community protested&nbsp;along Kingston Avenue over the&nbsp;impact of the restrictions on houses of worship.

Set to take effect no later than Friday, the new rules will affect parts of Brooklyn and Queens in New York City, sections of Orange and Rockland counties in the Hudson Valley, and an area within Binghamton in the Southern Tier.

The plan marks a sizeable step back after a cautious reopening this spring and summer in New York, an early U.S. hot spot of the pandemic and the deadliest. While the daily toll dropped dramatically after a surge in March and early April, more than 33,000 New Yorkers in all have died of COVID-19, more than in any other state, according to figures collected by Johns Hopkins University.

Amid a new surge of COVID-19 in New York's Orthodox Jewish communities, many members are reviving health measures that some had abandoned over the summer — social distancing, wearing masks. For many, there's also a return of anger: They feel the city is singling them out for criticism. 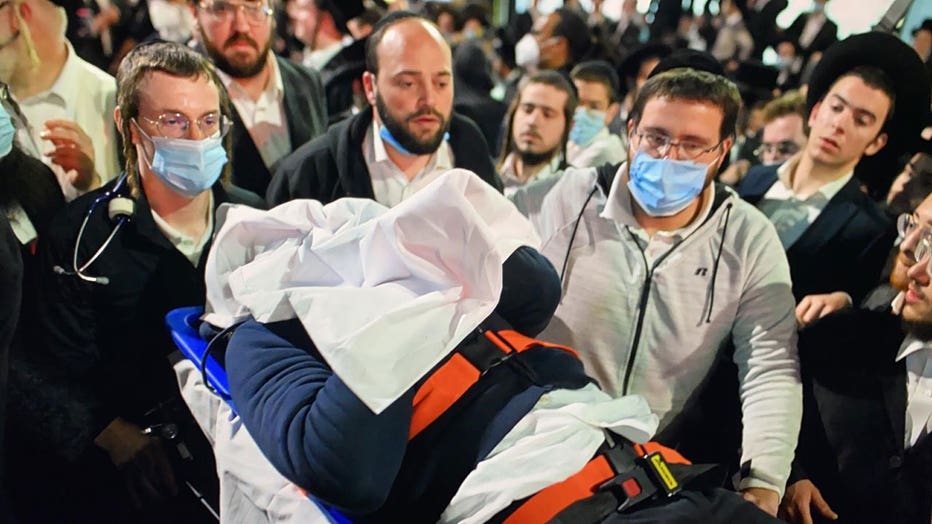 A man was attacked at a protest in Brooklyn.

The latest developments have rekindled friction that surfaced in March and April when some Orthodox neighborhoods in and around New York City were hit hard by the coronavirus. Hundreds of people died or were hospitalized, and lockdowns closed many Jewish schools and businesses.

Some Orthodox Jews bristle at response to virus surge

In April, de Blasio oversaw the dispersal of a big Hasidic funeral in Brooklyn and took heat over a tweet warning "the Jewish community, and all communities" against large gatherings. Some community members accused him of a double standard because of his support for gatherings linked to the Black Lives Matter movement.

While he says the Orthodox Jewish community is unfairly targeted under the latest round of COVID restrictions, the former New York State Assemblyman says anyone breaking the rules should be arrested.

Why the upsurge? Some residents cited the return of Orthodox families from summer getaways at the shore or in the Catskill Mountains, and the recent reopening of some Jewish schools. Shafran said some community members, after the springtime outbreak subsided, lowered their guard with less wearing of masks and social distancing, and resumed exchanging of hugs with extended family.