Major hospital groups are opening up new centers to better serve the LGBTQ community. The work became especially important over the last year during the coronavirus pandemic.

"I think I maybe had my consultation in January of last year and the pandemic hit," New Yorker Maeve Duvally told FOX 5 NY, referring to her gender-affirmation surgery. "It's who I am. It's who I want to be and it became quite clear to me my surgery might be postponed as the city moved to suspend nonessential operations."

When local leaders eventually eased COVID-19 restrictions on surgeries, Duvally's operation was one of the first to happen at Mount Sinai's Center for Transgender Medicine and Surgery in Manhattan.

"It's literally the first time in my life I could look at my body and like what I saw," Duvally said.

This June, Duvally, an executive at Goldman Sachs, will celebrate both her 60th birthday and the one-year anniversary of that surgery, which was performed by Dr. John Pang.

"The Mount Sinai Center for Transgender Medicine and Surgery is a place where members of the trans and nonbinary community can come and get comprehensive care," Pang said. "When I say comprehensive care it's everything, it's not just medical care. It's hormonal care, it's HIV care, it's surgical care, it's mental health services, it's spiritual service."

The center opened in 2016 and was the first of its kind in the United States. Doctors and patients here believe the LGBTQ community has faced disparities in health care for far too long.

"In general, when you think about the history of medical care with the LGBTQ community, there was not an integrated portion in medical school curriculum," Pang said. "The number of health care providers able to take care of anyone in the LGBTQ community was dismal."

For the transgender community especially, this gap in the health care industry has often resulted in dangerous medical situations, he said.

"Either saving up money and going internationally or going to somebody that their friend went to and going into this dark apartment and getting things injected into them," Pang said. "Finding and buying things off the black market — this is a very, very common story."

"To have a place like Mount Sinai where people can come from around the country or even around the world, it's very, very important and very, very reassuring to the community," said Duvally. 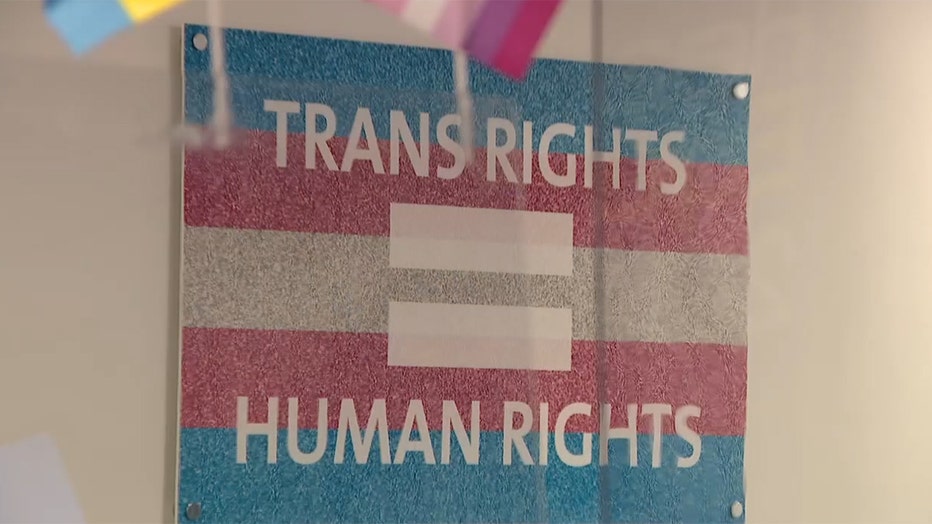 Just last year, Northwell Health opened the Center for Transgender Care in New Hyde Park. To date, it has seen about 900 patients and its goal is to provide top-notch care to the local LGBTQ community.

Dr. David Rosenthal, the center's medical director, said there was a lack of knowledge about the LGBTQ community.

Rosenthal said serving the LGBTQ community is his life's mission. At his facility, patients can come for annual physicals, get hormone-affirming therapy, consult with gender-affirmation surgeons, and get prescriptions for HIV treatment and prevention medications.

"Healthcare historically has not been as progressive with regards to the LGBTQ community on Long Island, and so the community, by and large, has not been able to get the kind of healthcare they are looking for," Rosenthal said. "They are afraid to talk to doctors about their sexual health, and so some people are in the closet, basically, with their providers. So what we are doing is opening up resources, providing education to other providers."

The Northwell center also has a mobile HIV testing van, which a team member might drive straight to someone's home, a train station, or outside of an event to be as accessible as possible.

Giovanni Gianpietro, the outreach services coordinator for Northwell's center, said his team tries to be anywhere where the community is.

"Sometimes people will tell us they think they have been exposed and we will try to get them into care immediately," Gianpietro said. "It becomes an immediate reaction within the team and the whole team will come together.

These centers, which the LGBTQ community expects and hopes to see more of in the years to come, aren't just about providing a safe haven for patients. Sundeep Boparai, an employee at Northwell's Center for Transgender Care, calls the space a refuge for the workers, too.

"I'm a South Asian queer person and so for my entire life, it's been kind of difficult to be in certain spaces, in many spaces people tell you that you don't belong in those spaces," Boparai said. "If a center like this existed when I was a young child, I feel a lot of the outcomes would have been different."

For those of you who may feel unheard and unseen, Mount Sinai and Northwell promise to make you feel safe and cared for. And they hope facilities across the country will follow their lead.