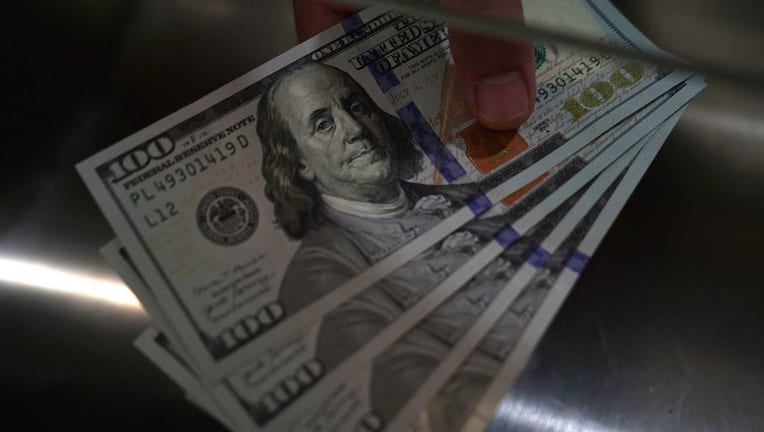 Between food, health insurance, rent, cell phone, and other expenses, the bills can add up — and more young adults seem to have turned to their parents for help during the COVID-19 pandemic.

In fact, a recent survey found that half of U.S. parents with a child 18 or older still provide them with at least some financial support — and 26% said this has increased since the start of the pandemic. On average, these parents are shelling out about $1,000 per month for various expenses, according to the findings.

Groceries, cell phones, rent or mortgage, health insurance, vacations, car expenses, and tuition were among the top categories in which parents were found to financially help their adult kids.

The survey, conducted by Savings.com, also found that 62% of adult children living with their parents don’t contribute at all to household expenses. Those who do contribute were found to offer $338 per month on average.

The participants of the survey included 977 U.S. parents with at least one child 18 or older. It was conducted online in February 2022. Roughly 28% of participants were already retired, and the largest percentage of parents (43%) were between the ages of 45 to 54.

The financial benefits to getting married

Experts say married couples can qualify for better credit and better terms on their loans, among many other financial benefits.

Mothers were found to be slightly more likely to financially support their adult children than fathers, and younger parents were also more likely than older parents near or in retirement to shell out support, according to the report.

Members of Generation Z, or those born after 1996, accounted for the majority (65%) of adult children receiving financial support. Millennials, born between 1981 and 1996, made up 32%, according to the survey.

Almost one in five adult children who receive financial support from their parents were found to be over the age of 30.

The survey found that parental income also had an influence on whether they contribute financially to their children. About a third of parents with an annual income below $30,000 provided financial support to their adult kids, compared to about 63% for those earning more than $100,000 annually.

Many parents stressed about living comfortably in retirement

"Parents expect to provide for their kids in many ways, including financially, throughout their childhood, but for most of modern American history, it’s been assumed that regular parental financial support stopped with adulthood, or at least once high school or college were over," the report from Savings.com concluded.

"But as our research shows, this is often not the case, and it may be to the detriment of parents as they age and get closer to retirement," it added.

A new study shows how Americans are using their retirement savings to cover costs amid the COVID-19 pandemic.

Roughly 43% of parents said they have sacrificed their own financial security for the sake of their children. The survey found that of parents still in the workforce and providing money to their adult kids, the average person spends 23% more on their children than on their own retirement contributions ($605 per month vs. $490).

"This imbalance is true regardless of how near retirement is for those who support their adult children financially," the report said, noting how a majority said they were "somewhat" or "very stressed" about being able to live comfortably in retirement.

Most parents in the survey had an exit plan, though. Almost half of the parents who said they were helping their kids reported having a plan to withdraw their support in a year or two. Notably, though, almost one in five (18%) said they have no plans to stop providing financial assistance for their children.