Daylight saving time, or DST, was formally introduced in the U.S. in 1918 during World War I.

An idea that originated in the 18th century and was adopted more than a hundred years later in an effort to conserve energy could be on its last legs if the majority of Americans have their way.

On Sunday, time in most of the U.S. advanced by one hour to begin daylight saving time, a tradition regulated by the Uniform Time Act of 1966.

Under federal law, DST begins on the second Sunday in March and ends on the first Sunday in November.

Within the last few years, several states have either passed legislation or resolutions calling on the federal government to lift the limitations on required time changes.

Some Congress members have taken notice and the National Conference of State Legislatures is monitoring several bipartisan bills that would do away with the time change.

"There are bills in both houses of Congress that would make daylight saving time permanent year-round," Jim Reed, NCSL’s director of the Environment, Energy & and Transportation program, said. 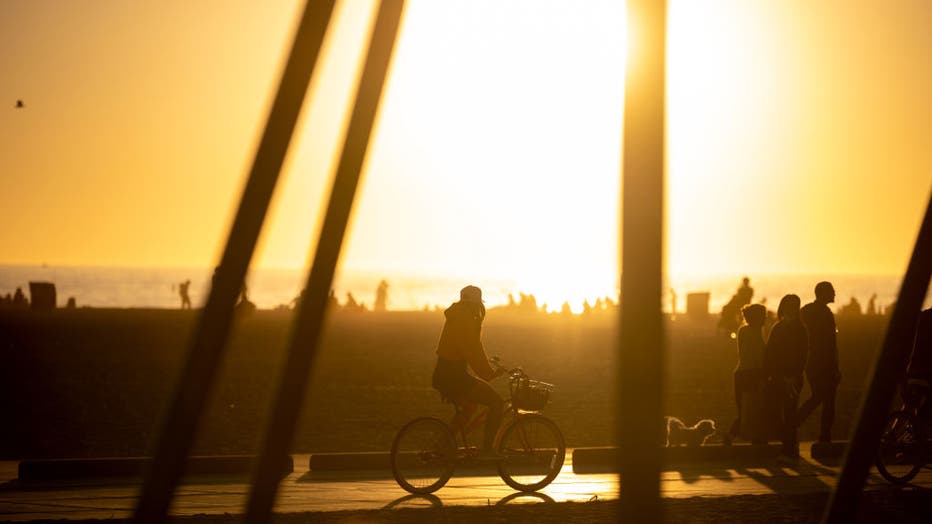 A woman rides a bicycle during sunset in Santa Monica on February 06, 2022 in Los Angeles, California. (Photo by Alexi Rosenfeld/Getty Images)

RELATED: Daylight saving time 2022: How to prepare your body for the time change

The 18 states that have called on action on the time regulations are not alone, a poll conducted by YouGov for The Economist found around 63 percent of Americans agree that a change is needed.

The proposed federal bills that would change regulations have seen little action in congress, and it is a fight that some states have advocated for, for decades.

"It seems to me the biggest stumbling block might be the potential for the splintering the time in different time zones again," Reed said.

Before 1966, there were few standards for DST, and states were on their own for its implementation.

Experts say without substantial movement in congress on the bills, the current method of switching from standard time to DST, and vice versa, will be sticking around for a while.

"If it gets to be over half the states, that’s something to pay attention to," Reed said.

Maryland is on track to become the ninetieth state if its legislators and governor sign off on a proposed bill that would call for the end of standard time.