'Cause for concern, not panic': Biden on omicron COVID-19 variant concerns

President Joe Biden laid out his plan to fight against a new COVID-19 variant called omicron, which has popped up in countries across the world. The president said sooner or later the variant will arrive in the U.S. and it's cause for "concern, not panic" as officials make preparations to combat the new strain.

FOSTER CITY, Calif. - Gilead Sciences, the maker of the COVID-19 treatment remdesivir, said it expects the drug to remain effective against the new COVID-19 omicron variant and will continue to conduct further laboratory testing to confirm.

Remdesivir, which is sold as Veklury, is an antiviral drug used to treat hospitalized COVID-19 patients 12 and up. It was the first COVID-19 treatment to receive FDA approval and recent data from a Phase 3 clinical trial found it to be 87% effective at reducing hospitalizations in high-risk patients who were diagnosed early.

In a statement, Gilead said Wednesday that it conducted a genetic analysis of more than 200 available sequences of the omicron variant, including those from South Africa, Asia and Europe, and found no additional "prevalent mutations" in the omicron variant as compared to previous strains.

"This suggests that Veklury (remdesivir) will continue to be active against the Omicron variant and Gilead will conduct laboratory testing to confirm this analysis," the biopharmaceutical company said. 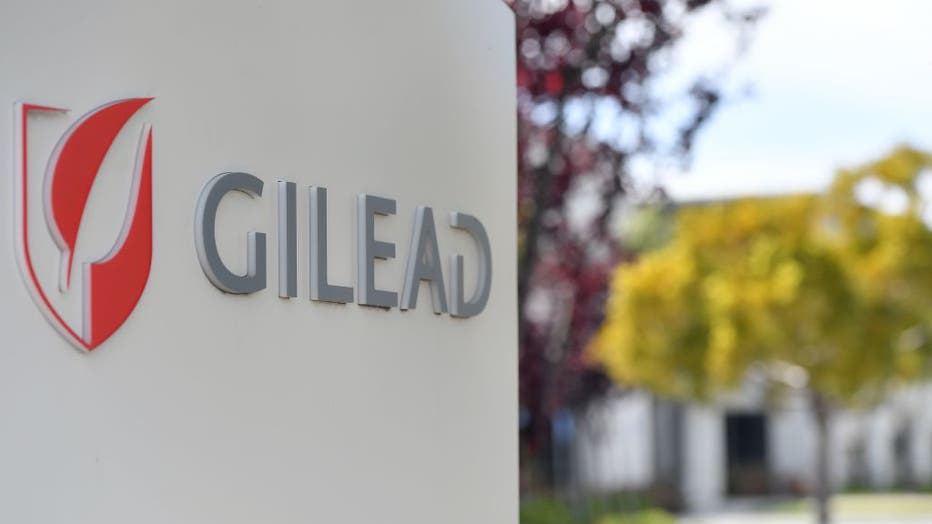 The statement comes a day after Regeneron said in its own statement that mutations present in the omicron variant "indicate that there may be reduced neutralization activity of both vaccine-induced and monoclonal antibody-conveyed immunity," including the company’s cocktail of two monoclonal antibodies.

Much remains unknown about omicron, including how contagious it is and whether it can evade vaccines and various treatments. But as reports of infections linked to the new strain have popped up in more parts of the globe, governments have rushed to impose restrictions in an effort to keep it out.

South African researchers first alerted the World Health Organization to omicron last week, but it is not known where or when the variant first emerged, though it’s clear it was circulating in Europe before that alert. Nigeria initially stretched that timeline back even further, saying it found the variant in samples collected in October — but it later corrected that to say the cases were detected in travelers who arrived in the country in the past week.

Regardless, the cases were the first reported in West Africa, while Saudi Arabia detected the first for a Gulf nation, a day after Brazil reported the first known one in Latin America.

RELATED: Omicron shows need for global accord on pandemics, WHO chief says

Many countries around the world have barred travelers from southern Africa, and some have gone even further. Japan has banned foreign visitors and asked international airlines to stop taking new reservations for all flights arriving in the country until the end of December — among the most severe measures anywhere.

The U.S. is working toward requiring that all air travelers to the country be tested for COVID-19 within a day before boarding their flight. Currently, those who are fully vaccinated may present a test taken within three days of boarding.

Leaders have also continued to emphasize that the best way to contain the pandemic and future worrisome variants is to get vaccinated against COVID-19.

Meanwhile, officials from the top COVID-19 vaccine makers have said they’re also actively studying the omicron variant and assessing whether developing a tweaked shot is needed.

Moderna CEO Stephane Bancel said this week that the company believes the omicron variant is highly infectious but it will take at least a "week or two" to determine how much the mutations have impacted the efficacy of current vaccines.

"Depending on how much it dropped, we might decide on the one hand to give a higher dose of the current vaccine around the world to protect people, maybe people at very high risk, the immunocompromised, and the elderly should need a fourth dose," Bancel told CNBC’s "Squawk Box."

Pfizer CEO Albert Bourla said the impact of omicron on the company’s COVID-19 vaccine is not yet known. But he added that Pfizer made its first "DNA template" on Friday, which is the start of the development process of a new vaccine in case it’s needed.

"I don’t think that the result will be the vaccines don’t protect," Bourla told the outlet. "I think the result could be, which we don’t know yet, the vaccines protect less."

Any omicron-specific vaccine probably could not begin to be produced for another two or three months, Dr. Paul Burton, chief medical officer for Moderna, told the Associated Press on Monday. Burton added that in the interim, getting vaccinated and receiving a booster remains a "very important initial line of defense."