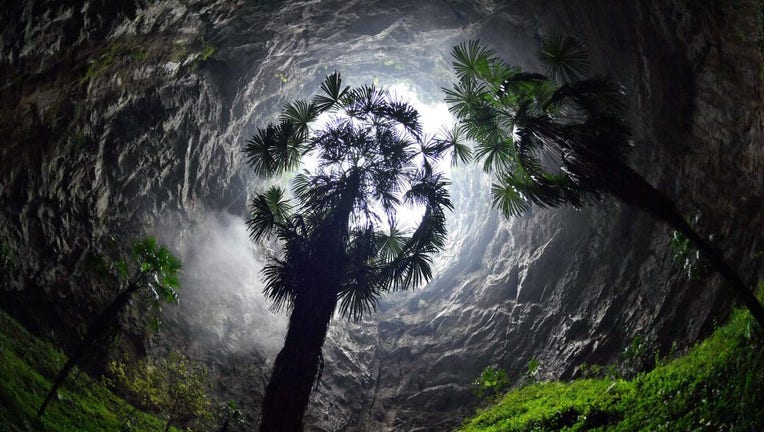 A massive sinkhole was discovered in southern China with ancient trees over 130 feet in length growing at the bottom, according to reports.

The sinkhole, one of 30 found in China's Guangxi Zhuang Autonomous Region, measures over 1,000 feet in length, 490 feet in width and nearly 630 feet in depth, the Xinhua news agency reported earlier this month.

Experts classified the sinkhole as "large" with three cave entrances in the chasm.

The sinkhole was formed in "karst terrain," which means rock below the surface can easily be dissolved by groundwater circulating through the bedrock, according to the U.S. Department for Interior.

The three interior caves are believed to have formed during earlier occurring erosion.

The sinkhole's bottom is lined with a "well-preserved primitive forest" with the trees growing up towards the sun, according to the local news agency.

Shade plants were reported to be growing as high as an adult's shoulders, leader of the Guangxi 702 cave expedition team, Chen Lixin, told the publication. 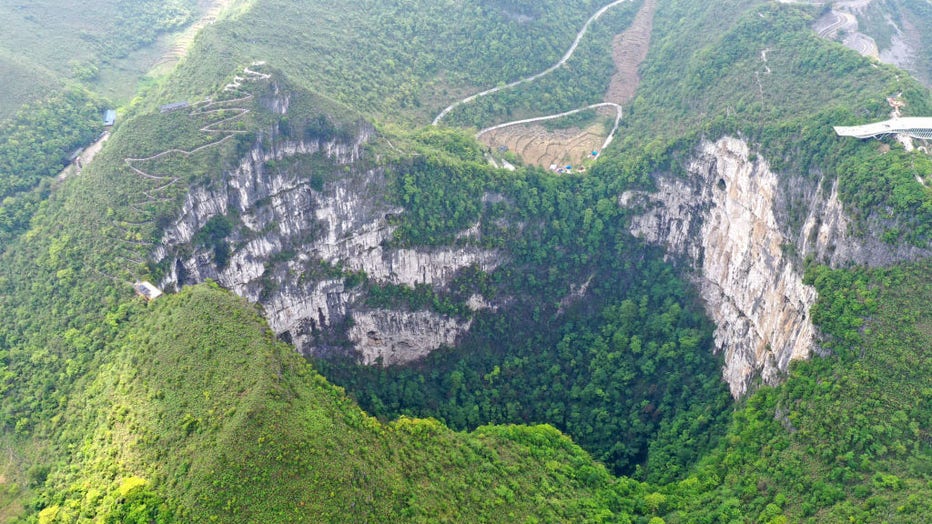 The first expedition of the cave was completed earlier this month after experts scaled down more than 300 feet and hiked for several hours before reaching the base of the sinkhole.

The discovery of the latest sinkhole is not an anomaly.

Southern China, like areas in Mexico, Peru and Australia, are home to dramatic sinkholes.