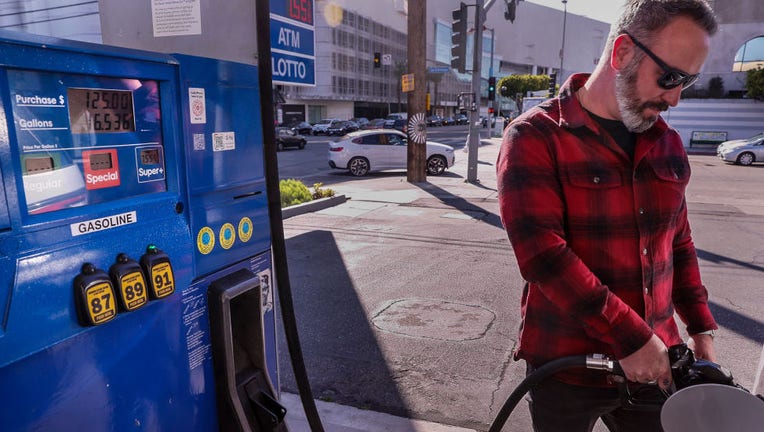 Jesse Espersen fills his SUV with 16.536 gallons of Super+ gas at 7.559 per gallon for a total of 125 dollars at a Mobil station in Los Angeles, CA. (Robert Gauthier/Los Angeles Times via Getty Images)

The national average cost for a gallon of gasoline is likely to continue to fall in the coming weeks, though prices in California will remain elevated due to supply issues, according to an industry expert.

As of Thursday, the national average is $4.289 a gallon, down from Wednesday's average of $4.305, according to AAA data. 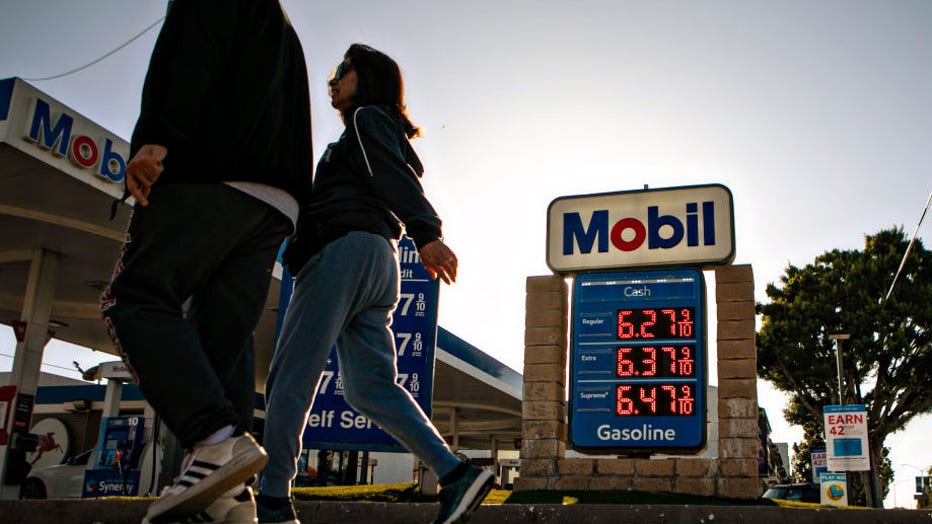 Gas prices in Westchester are above six dollars as prices at the pump continue to raise across the Southland on Sunday, March 13, 2022 in Los Angeles, CA. (Jason Armond / Los Angeles Times via Getty Images)

Andy Lipow, the president of Lipow Oil Associates, projected that the national average could slip to $4.10 a gallon in the coming weeks. If this occurs, prices would be down about 23 cents from Friday's high of $4.33 per gallon, according to AAA data.

The national average has continued to rise since the beginning of the year due to strained supply and increased demand, according to Edmonds. However, Russia’s invasion of Ukraine three weeks ago caused oil prices to surge higher, pushing prices at the pump to levels not seen in over a decade.

Lipow noted that the national average on Feb. 23, right before Russian forces invaded Ukraine, was $3.53 per gallon. 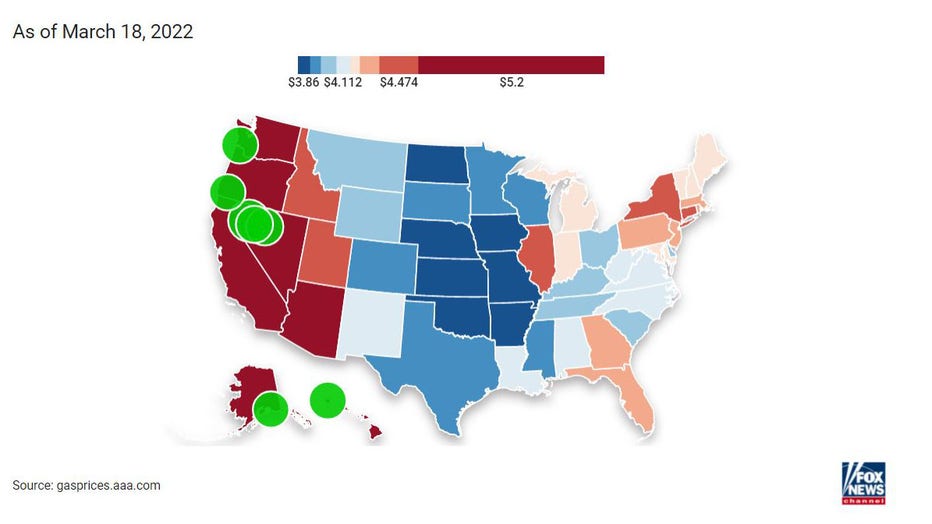 Consumers are now starting to feel some relief again at the pump because of the crude oil prices retreating.

However, Lipow noted that this might not be the case for California.

"California is a different story; prices will remain high as there is a major refinery problem impacting the supply of gasoline in Southern California," he said.

Currently, the average price for a gallon of gasoline in the state is $5.785, which is nearly $1.50 over the national average.

In some areas, like Mono County, the average is above $6 a gallon.