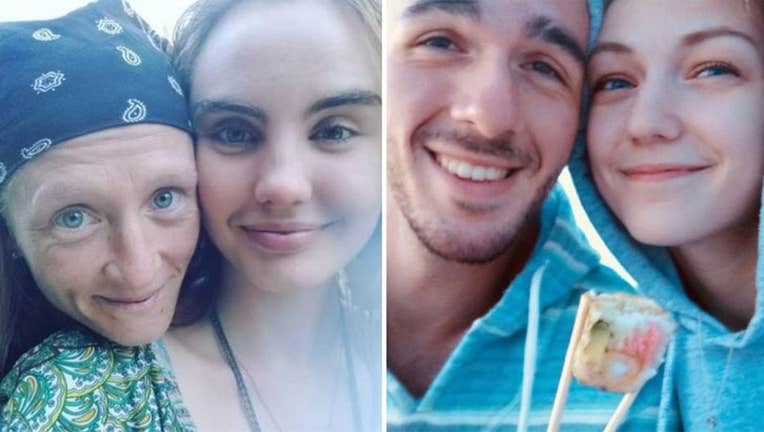 NEW YORK - Authorities in Utah have ruled out a connection between the double murder of newlyweds at a campground outside Moab and the disappearance of 22-year-old Gabby Petito.

In an ongoing effort to find Petito, who vanished after going on a cross-country trip with her boyfriend in a converted camper van, authorities have been "actively looking into any connection" between the two cases.

On Friday, the Grand County Sheriff's Office put out a statement that the cases were not related.

Newlyweds, 38-year-old Crystal Turner and 24-year-old Kylen Schulte, were found shot to death at a campground southeast of Moab on Aug. 18, five days after they were last seen leaving a downtown bar.

Schulte worked at Moonflower Community Cooperative in Moab, which is the same location that Petito and her fiancé, Brian Laundrie, got into a fight on Aug. 12.

"The driver of the van, a male, had some sort of argument with the female, Gabbie [sic]," a responding officer wrote in the report after interviewing Petito, Laundrie and the witness.

"The male tried to create distance by telling Gabbie [sic] to go take a walk to calm down, she didn’t want to be separated from the male, and began slapping him," the report said. "He grabbed her face and pushed her back as she pressed upon him and the van, he tried to lock her out and succeeded except for his driver’s door, she opened that and forced her way over him and into the vehicle before it drove off."

The police report and body camera video later released shows responding officers pulled the van over and had an encounter with the couple for over an hour. An emotional Petito sat in the back of a patrol vehicle on the side of the road and Laundrie remained outside their camper van as law enforcement officials sorted out what transpired

While the report and video show possible mental health concerns and tension between the two, officers ultimately determined the events did not add up to chargeable crimes. They also took steps to separate the pair for an evening in an effort to prevent escalation.

Petito was reported missing on Sept. 11 and the van was recovered from the home of Laundrie's parents on that same night.

The North Port Police Department named Laundrie, who has retained a lawyer and is not cooperating with the investigation, as a person of interest in the case on Wednesday.

As of Friday evening, Laundrie's whereabouts were also unknown, according to his lawyer.