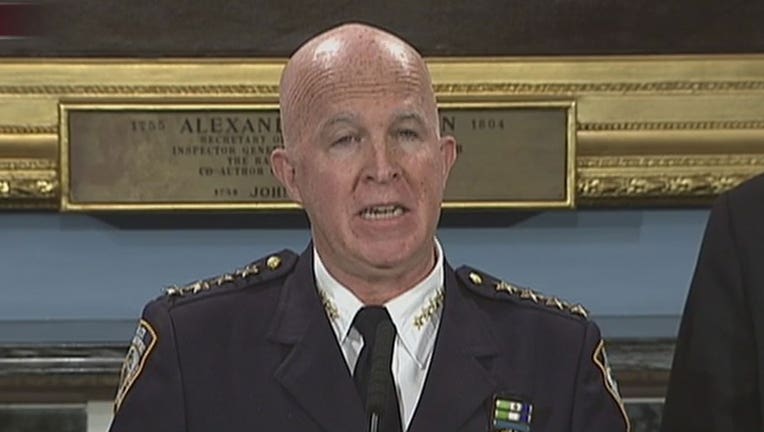 NEW YORK - A well-respected ex-NYPD boss is returning to New York City to be the supply-chain czar during the COVID-19 crisis, Mayor Bill de Blasio announced on Wednesday.

Former Commissioner James O'Neill will serve as a senior adviser to the mayor overseeing the supply chain for the hospital systems.

He will "create, operationalize and manage a supply inspection regime within the hospitals to ensure the rapid turnaround of new supplies and verify each hospital is pushing needed equipment to frontline health care workers," according to a press release from the mayor.

"Jimmy is one of the finest public servants our city has ever known," de Blasio said. "Jimmy will leverage his extensive management experience and knowledge of the city to ensure that our healthcare workers on the front lines have the supplies they need to save New Yorker's lives."

O'Neill's 36-year law enforcement career began with the New York City Transit Police, which merged with the NYPD in 1995. He rose through the ranks to become chief of department, which is the highest uniformed post on the force. De Blasio appointed him commissioner in 2016.

O'Neill retired from public service in 2019 to join the financial services company Visa as an executive overseeing security. The mayor said Visa has agreed to give O'Neill the time to do this work for the city.