Police Commissioner James O'Neill will step down at the end of November. Dermot Shea will take over. O'Neill said he has a job offer in the private sector.

NEW YORK - NYPD Commissioner James O’Neill is retiring, multiple sources confirmed to FOX 5 News. The head of the nation's largest police department confirmed the rumors during an afternoon news conference. O'Neill, 61, had been on the job for more than three years.

"On behalf of all New Yorkers, I want to express deep gratitude to Jimmy O'Neill for dedicating his entire career to keeping our city safe," de Blasio said in a statement. "Jimmy transformed the relationship between New Yorkers and police, and helped to make the Department the most sophisticated and advanced in the country."

O'Neill began his career in law enforcement in 1983 as a Transit police officer. He rose through the ranks and became the 43rd commissioner when Bill Bratton stepped down in 2016.

Mayor Bill de Blasio announced that James O'Neill will step down as police commissioner to take a job in the private sector. Dermot Shea will succeed him on Dec. 1.

The Brooklyn native led efforts to bolster community policing and repair the department's relationship with minority communities that had complained about innocent black and Hispanic men being caught up in aggressive enforcement of minor crimes.

He has presided over continuing drops in crime and the department's response to a number of high-profile incidents, including a truck attack that killed eight people on a Manhattan bicycle path in 2017.

In August, O'Neill brought closure to one of the NYPD's lowest moments, firing a police officer for the 2014 chokehold death of Eric Garner. The Police Benevolent Association, the city's largest police union, called for O'Neill's immediate resignation.

Asked in recent weeks about rumors of his retirement, he said he had the "best job in the world."

In a statement, the PBA praised the choice of Shea.

"We look forward to working with Commissioner Shea to combat the current anti-police atmosphere and make positive changes," the union said.

But the Legal Aid Society was dismayed by the sudden announcement.

"Yet again, this Administration has failed to consult the community on a decision that will affect the lives of millions of New Yorkers," Legal Aid said. 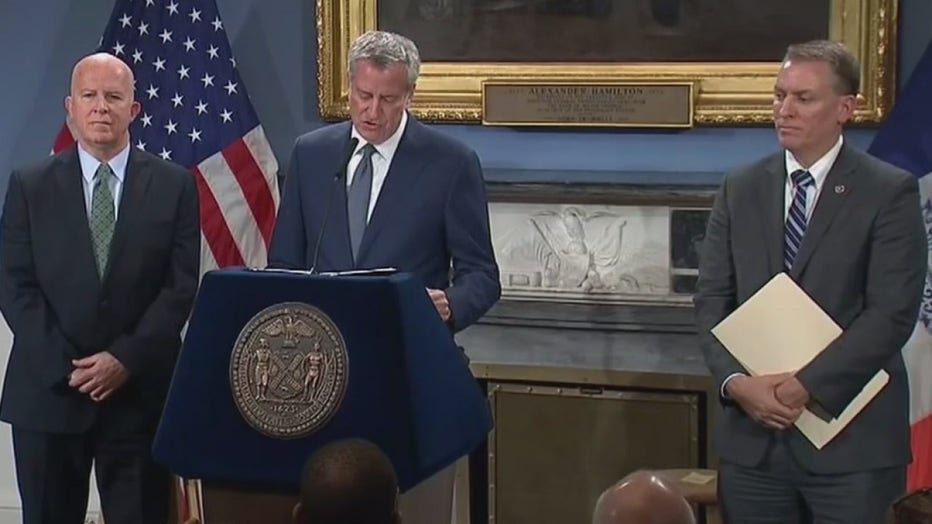