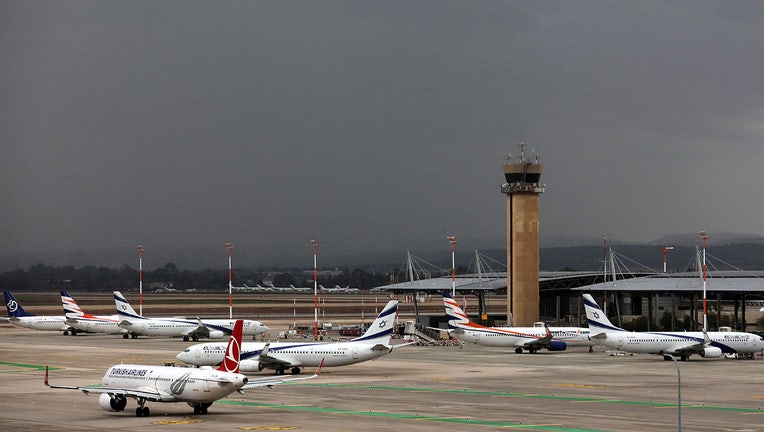 ISRAEL - A flight preparing for takeoff was grounded in Israel Tuesday after "passengers reported to the flight crew that pictures of crashing planes were sent to their mobile phones," authorities say.

The incident happened at Ben Gurion Airport outside of Tel Aviv and nine passengers have been taken into custody for further questioning, the Israel Airports Authority said in a statement to Fox News Digital.

"We got on the flight and the plane started moving. Most people received a request for a photo confirmation in AirDrop, some approved and some did not," a passenger on board the plane – which according to reports was operated by AnadoluJet and was destined for Turkey – told the Kan 11 news channel.

A man climbed on the wing of a grounded airplane at McCarran International Airport in Henderson, Nevada, on December 12, later being arrested by the police. (Credit: @SkipperBK13 via Storyful)

"The plane stopped and the flight attendants asked who got the picture. After a few minutes we were told to get off," that passenger continued. "Full of cops, we realized there was an incident. The airport manager told us there was a security incident, they took all our luggage out of the plane for a second check."

One of the images that passengers had received, according to photos released by the Israel Aviation Authority, was the wreckage of Asiana Airlines Flight 214, which crashed while trying to land in San Francisco in July 2013.

Another image was of Turkish Airlines Flight 1951, which crashed in Amsterdam in 2009, killing 9 passengers.

It was not immediately clear how many people were onboard the aircraft. 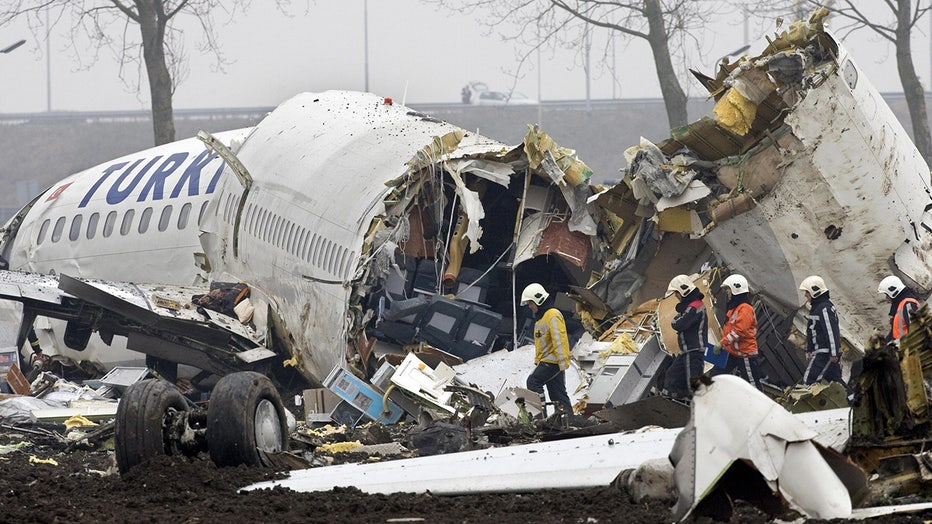 The wreckage of Turkish Airlines Flight 1951, which crashed on Feb. 25, 2009 while landing at the Schiphol airport in Amsterdam, Netherlands. (Touissant Kluiters/AFP via Getty Images)

"Security teams took all necessary steps to ensure that there is no danger to passengers including a re-inspection of the aircraft, passengers and bags," a spokesperson from the Israel Airports Authority told Fox News Digital. "All steps taken are in cooperation and coordination with the flight captain who has shown great cooperation and responsibility by return the aircraft to the terminal."

"Immediately after verifying and making sure that there is no risk to the plane and its passengers, the Security Division allowed the flight to continue on its way," the spokesperson added.

Find the latest on this story on FOXNews.com.