A team of brave and well-trained firefighters pulled off a dangerous and dramatic maneuver to save a woman in Harlem. A fire on the 16th floor of a residential tower was quickly filling up her apartment with smoke. (Source video: FDNY via Storyful)

When the crews arrived, they saw a panicked woman calling for help from her windowsill on the 16th floor. So they quickly jumped into action to execute a rope rescue from the floor above the one burning, which is rare, the department said.

One firefighter scaled down the side of the apartment tower, clutched the woman, and then pulled her to safety.

The woman was treated for smoke inhalation and is expected to be OK.

Firefighters save woman from building

The FDNY responded to a fire at an apartment building in Harlem. A woman was calling for help from the window of her apartment on the 16th floor. In a daring and risky maneuver, the firefighters pulled her to safety.

The hero firefighter later told reporters that he knew that time was crucial and that he could trust his coworkers with his life.

That same team of firefighters had just been practicing the rope rescue drill before they got the call, according to the FDNY.

Firefighters put out a fire at an apartment building in Harlem on Tuesday afternoon. The fire broke out on the 16th floor or 470 Lenox Avenue. SkyFOX was over the scene after the flames were out. 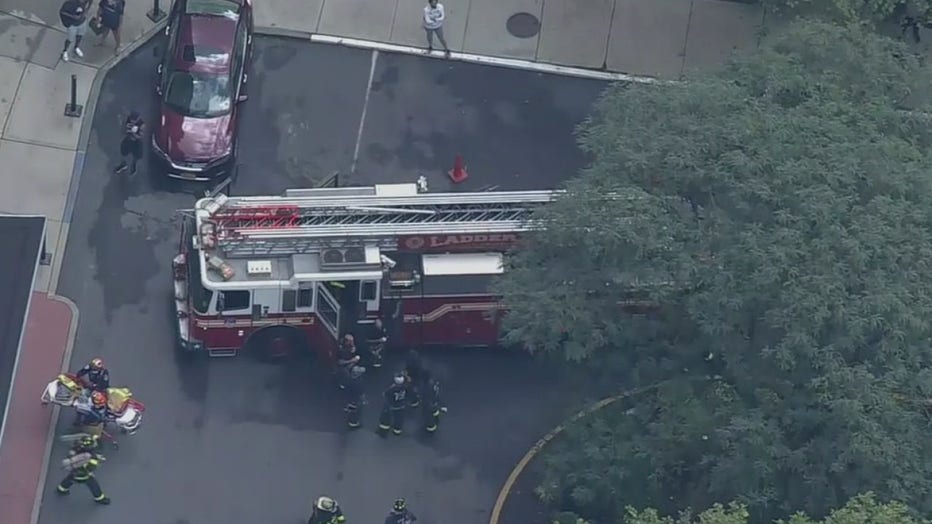