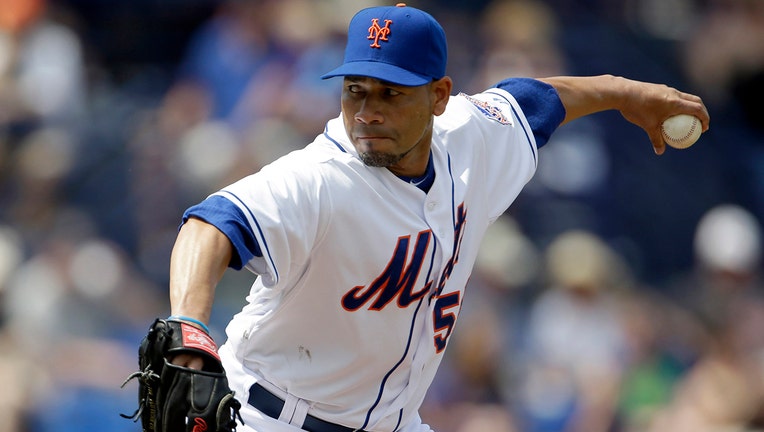 NEW YORK - Former New York Mets reliever Pedro Feliciano, who pitched so often he earned the nickname "Perpetual Pedro," has died. He was 45.

Friends and former teammates told the Mets that Feliciano was found dead in his sleep Monday at home in Puerto Rico.

"I never had to look down to the bullpen to see if Pedro was ready. He was always on call and never said no. I know somedays he was tired, but he always took the ball," former Mets manager Willie Randolph said in a statement.

"In all my years in baseball, I never saw a left-handed relief specialist have such a presence in the clubhouse. He had a great personality," longtime Mets star David Wright said.

After going 3-6 with a 3.30 ERA in 2010, Feliciano signed a two-year, $8 million contract with the New York Yankees. But he never pitched in the majors for the Yankees because of shoulder trouble.

Feliciano returned to the Mets in 2013 and said in spring training that doctors had found a small hole in the exterior of his heart. He was diagnosed with a rare genetic condition called left ventricular noncompaction, caused by the failure of myocardial development from birth.

Feliciano wore a heart monitor when he began pitching in exhibition games later that spring. He went 0-2 with a 3.97 ERA over 25 games in his final big league season.

A 31st-round draft pick by the Los Angeles Dodgers in 1995, he later pitched in the minors for Cincinnati. He was traded to the Mets in August 2002 in a deal that sent pitcher Shawn Estes to the Reds.

Feliciano played in Japan in 2005 and rejoined the Mets the next season. In 2014, he pitched in the minors for St. Louis and in the Puerto Rican winter league.