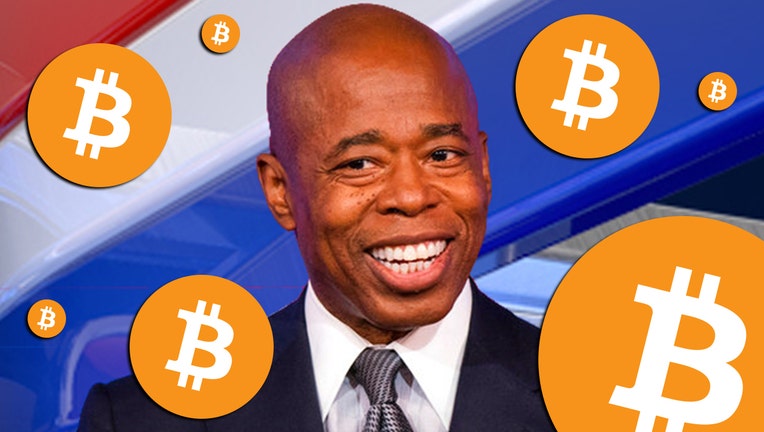 NEW YORK - Mayor-elect Eric Adams, who campaigned in part on making New York City more business-friendly, says he wants to accept some of his City Hall salary in Bitcoin.

"In New York we always go big, so I’m going to take my first THREE paychecks in Bitcoin when I become mayor," Adams tweeted on Thursday. "NYC is going to be the center of the cryptocurrency industry and other fast-growing, innovative industries! Just wait!"

The Democrat's tweet was actually a response to Mayor Francis Suarez of Miami who tweeted that he'd take his next paycheck in Bitcoin. (Suarez's pledge was, in turn, a response to a challenge from a Bitcoin investor to American politicians to agree to be paid in crypto.)

Adams' raising the bar then prompted Suarez to reply, "Touché…congrats on the election and I look forward to the friendly competition in making our respective cities a crypto capital!"

It isn't even clear if the City of New York can pay a municipal employee, which includes the mayor, in a cryptocurrency such as Bitcoin. But Adams told Bloomberg Radio that he wants the city to explore launching its own cryptocurrency, similar to what Miami has done.

During the Democratic primary campaign, Adams' rival, Andrew Yang, said he would seek to make the city a "hub" for digital currencies such as Bitcoin if he were elected mayor. But he never put forth a detailed plan for what that would look like.

RELATED: An Easy Introduction to Bitcoins and Blockchains

Bitcoin and other cryptocurrencies use a huge amount of energy due to the computing power required to simply maintain their so-called public ledgers. (This New York Times report explains it well.) This has made mining crypto a target of critics who say this level of energy consumption contributes to carbon dioxide emissions and thus to climate change.