NEW YORK - Andrew Yang wants to make New York City a "hub" for digital currencies such as Bitcoin if he is elected mayor.

"As mayor of NYC - the world's financial capital - I would invest in making the city a hub for BTC and other Cryptocurrencies," he tweeted on Thursday.

Yang, a Democrat who ran for president last year, joined the crowded race for mayor in January. His signature policy plan is universal basic income, which garnered him a small but vocal following during his presidential campaign.

In response to a request for more information on what Yang means by a hub for cryptocurrency and what he would do to make that happen, his campaign told FOX 5 NY that it plans to release its policy soon. Yang is still recovering COVID-19 and isn't doing interviews, the campaign said. 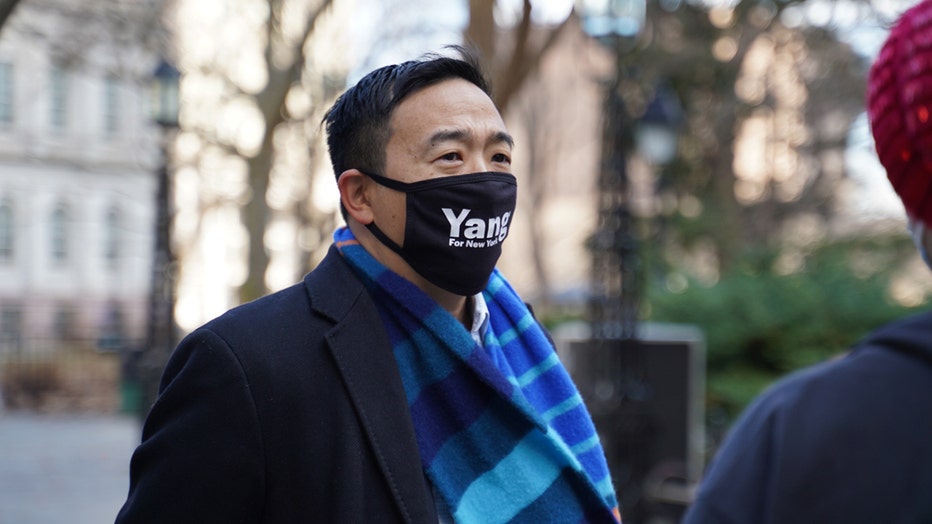 Yang, 46, moved to New York City in 1996 to attend Columbia Law School. He very briefly worked as a corporate lawyer before joining startups, founding a company, and later becoming the CEO of an education company, according to his campaign bio. He has never held elective office.