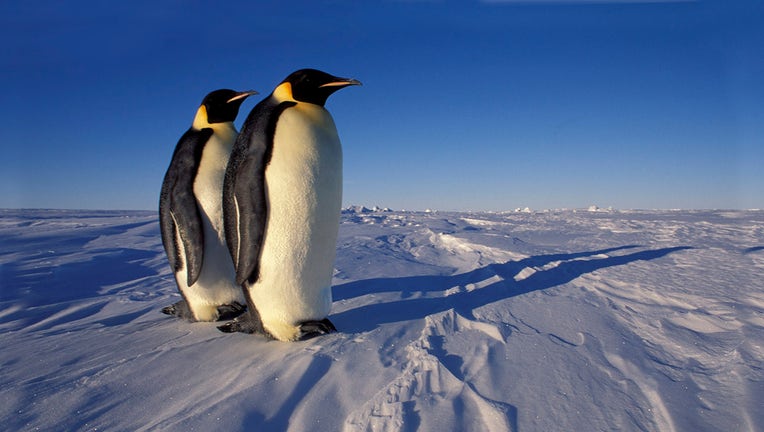 File: Two emperor penguins standing on fast ice near the Atka Iceport at the Ekstrom Ice Shelf on the coast of Queen Maud Land in Antarctica in 1994. (Photo by Wolfgang Kaehler/LightRocket via Getty Images)

Emperor penguins will now receive new protections under the Endangered Species Act after the U.S. Fish and Wildlife Service says climate change is threatening to eradicate the species.

The emperor penguin, a flightless seabird native to Antarctica, depends on its sea-life habitat for survival. But due to warming temperatures around the world, that ice is melting.

"This listing reflects the growing extinction crisis and highlights the importance of the ESA and efforts to conserve species before population declines become irreversible," said U.S. Fish and Wildlife Service director Martha Williams. "Climate change is having a profound impact on species around the world, and addressing it is a priority for the administration. The listing of the emperor penguin serves as an alarm bell but also a call to action."

To ensure survival, emperor penguins need sea ice to form breeding colonies, look for food, and prevent an attack from predators. But as Earth's temperatures continue to rise due to increased carbon dioxide emissions, the melting sea ice could affect several species, including emperor penguins, who rely on the ice for survival.

Emperor penguin populations are currently stable, but the U.S. Fish and Wildlife Service has determined that the species is in danger of extinction in the "foreseeable future" if no action is taken. 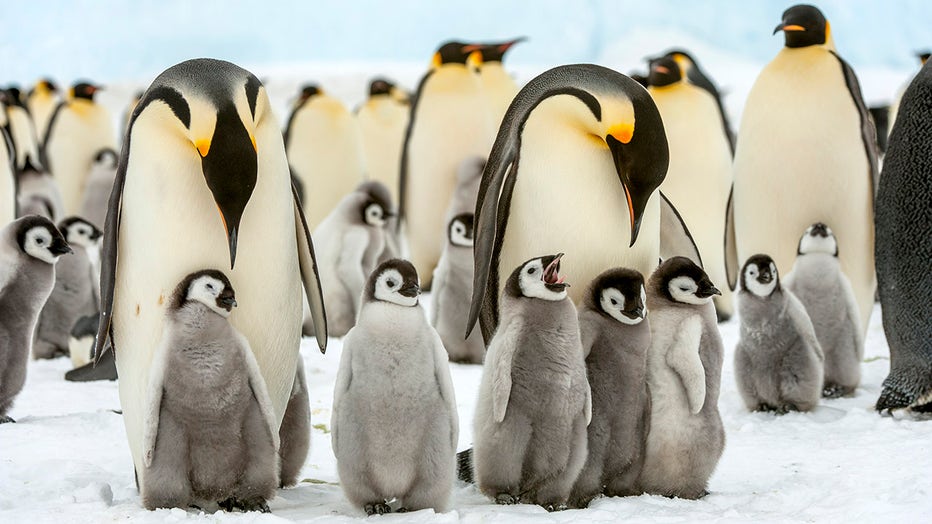 File: Emperor penguins with chicks on the sea ice at Snow Hill Island in the Weddell Sea in Antarctica in 2009. (Photo by Wolfgang Kaehler/LightRocket via Getty Images)

Not all emperor penguin populations are at risk

t's interesting to note that the estimated decrease in size is not equal across Antarctica.

According to officials, the Ross and Weddell seas are popular locations for the species, and populations there are likely to remain stable, but emperor penguin populations in the Indian Ocean and Western Pacific Ocean, as well as in the Bellingshausen and Amundsen sea sectors (both located near Antarctica) are projected to decline by more than 90 percent because of the melting sea ice.

"While this estimated decline is concerning, listing the emperor penguin as threatened under the ESA comes while there is still time to prevent the species from extinction," the service wrote in the news release.

As a way to allow further conservation of the emperor penguin species, the threatened listing includes a rule that will streamline ESA compliance by providing exceptions for activities permitted by the National Science Foundation under the Antarctic Conservation Act.

Section 4(d) of the Endangered Species Act directs the Secretary of Interior and the U.S. Fish and Wildlife Service to issue regulations deemed "necessary and advisable to provide for the conservation of" threatened species.

LINK: GET MORE ON THIS STORY FROM FOXWEATHER.COM