Several boat crews responded to an area of the Atlantic Ocean near Long Beach Island, New Jersey, to search for an aircraft that reportedly went into the water.

NEW JERSEY - The search for a downed plane reported off Long Beach Island in Ocean County was called off Thursday after no aircraft was discovered.

A witness told FOX5NY.com that firefighters had converged on Spray Beach off East 26th Street at about 11:40 a.m. following unconfirmed reports of a downed glider about one mile from the shoreline. Lifeguards were seen in the water in trailers as far south as East 18th Street in Beach Haven.

NJ State Police and U.S. Coast Guard helicopters and boats circled the area but did not appear to find anything. 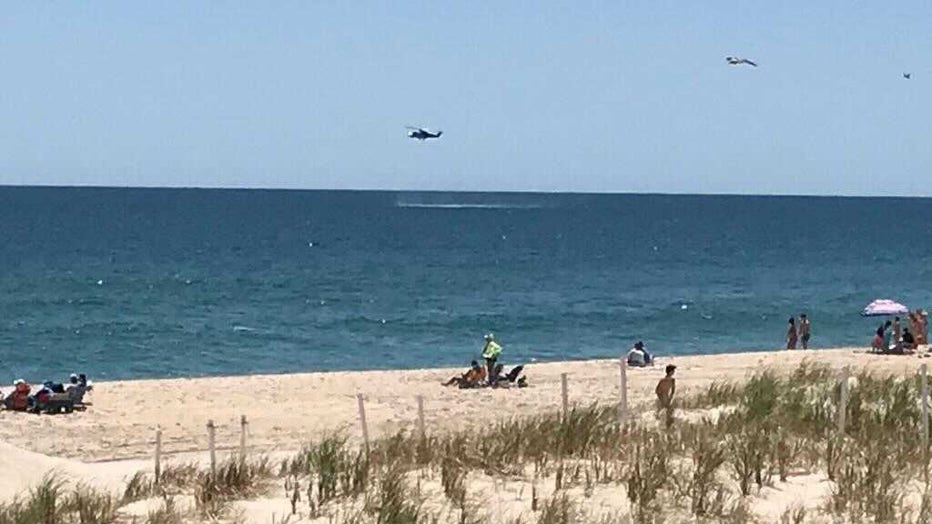 A helicopter searches the waters off 18th Street in Beach Haven, NJ after an aircraft reportedly went down further north off 26th Street in Spray Beach. (Photo cred: Jacqueline Sneyers)

By 1 p.m., all helicopters had left the scene.  It was not clear if anyone had been rescued from the water.

Last year, a pilot was rescued after a banner plane plunged into the ocean in Surf City.