More than 30 people have been seriously injured after a massive fire inside of a Bronx apartment building Sunday, according to reports.

When the weather turns cold, electric space heaters are often used as a way to supplement central heating or to warm up one particular area of the home. But they can also lead to house fires, related injuries and even deaths.

A majority of house fires caused by heat — 81% — involved stationary or portable space heaters, according to statistics from the National Fire Protection Association, a U.S. nonprofit sharing fire safety information.

Half of the home heating fire deaths reported between 2014 and 2018 were caused by a space heater sitting too close to flammable items, such as upholstered furniture, clothing mattresses or bedding. Nearly half of all home heating fires occurred in December, January and February, the NFPA said.

A malfunctioning electric space heater, plugged in to give extra heat on a cold morning, was determined to be the cause of a deadly fire on Jan. 9 in a high-rise apartment building in the Bronx. Nineteen people, including nine children, died in the fire, while dozens of other people were hospitalized. 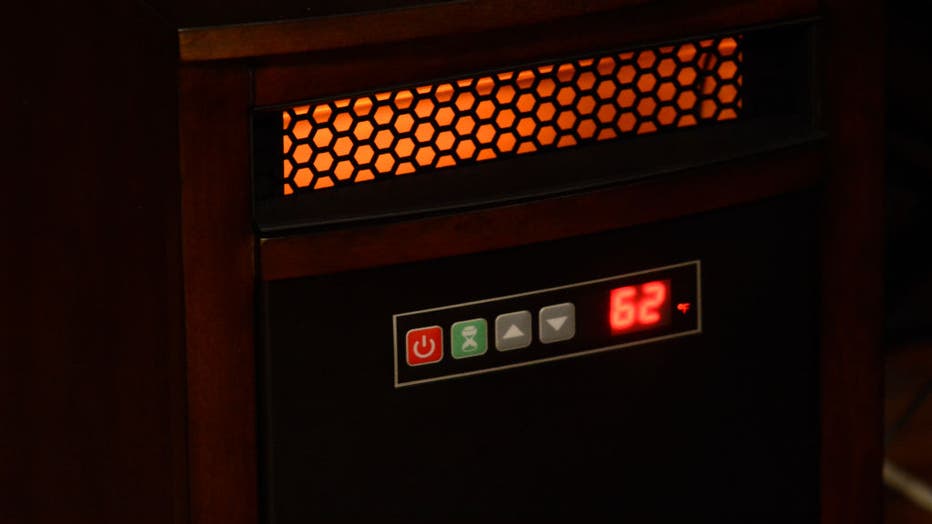 FILE - A space heater is pictured in a living room in a file image dated Jan. 10, 2014. (Photo By Jeremy Drey/MediaNews Group/Reading Eagle via Getty Images)

Officials said the five-alarm fire began inside a duplex located on the 2nd and 3rd floors of the 19-story building just before 11 a.m. local time. The fire consumed the apartment and part of the hallway. When the door to the residence was left open, smoke was able to travel through the building.

Smoke from the fire ran the entire height of the building, and responding firefighters found victims in stairwells on every floor of the building, according to FDNY Commissioner Daniel Nigro. Most of the victims suffered from severe smoke inhalation.

Photos showed damage throughout the building as seen from the outside, as well as dozens of firefighters and emergency personnel at the scene.

It was New York City’s deadliest fire since 1990, when 87 people died in an arson at the Happy Land social club, also in the Bronx. The borough was also home to a deadly apartment building fire in 2017 that killed 13 people and a 2007 fire, also started by a space heater, that killed nine.

"Give space heaters space," the NFPA says. Heaters should be kept at least 3 feet away from anything that can burn, including people, bedding and furniture.

Those looking for a space heater should look for one that comes with the seal of a qualified testing laboratory, a thermostat and overheat protection, fire safety experts say.

The heater should be kept on a solid flat surface, out of the way of traffic and exits.

The space heater should also have an automatic shut-off to turn the heater off it tips over. They should always be turned off and unplugged when leaving the room or going to bed.

The NFPA says space heaters should always be plugged into a wall outlet and never with an extension cord. Children should also be kept away from heaters.

In a house fire, the people inside have just minutes to escape — and their lives can often be saved from properly installed and maintained smoke alarms throughout the home. The fire safety organization also shares several tips on how many smoke alarms families should have installed, where to place them and how often to check them.