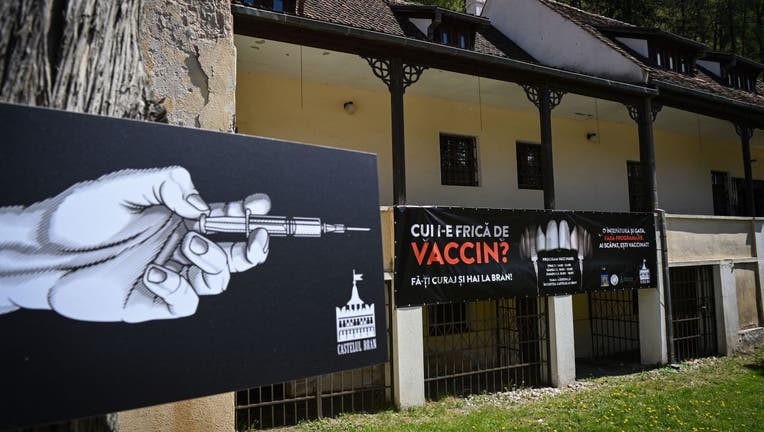 A banner reading in Romanian "Who's afraid of vaccine" and depicting syringes as vampire fangs advertises the vaccination marathon organised at the "Bran Castle" in Bran village on May 8, 2021.

According to the BBC, visitors to Bran Castle are being offered the Pfizer vaccine as part of a drive by the government to encourage more Romanians to get the jab.

Romania has recorded just over a million infections since the pandemic began, and nearly 29,000 deaths. Almost half of the country's population say they are not inclined to get vaccinated, one of the highest hesitancy levels in Europe.

The initiative will allow anyone visiting the castle during a weekend in May to receive the vaccine, along with free entry to see the castle's exhibit of 52 medieval torture instruments.

Bran Castle, located in Central Romania, has been associated with the title character of Stoker's famous novel, as it is believed that the castle hosted the infamous Prince Vlad "the Impaler," who inspired Dracula.