SAN FRANCISCO - DoorDash is launching new features to its app to help its drivers feel safer while driving.

Under the new system, DoorDash drivers (or Dashers as the company likes to refer to them) can quickly and easily connect with a security agent through its app if they feel unsafe in a situation. The agent will call the Dasher and remain on the phone until the driver feels safe. If the incident escalates, the agent can contact 911 or request an emergency response. 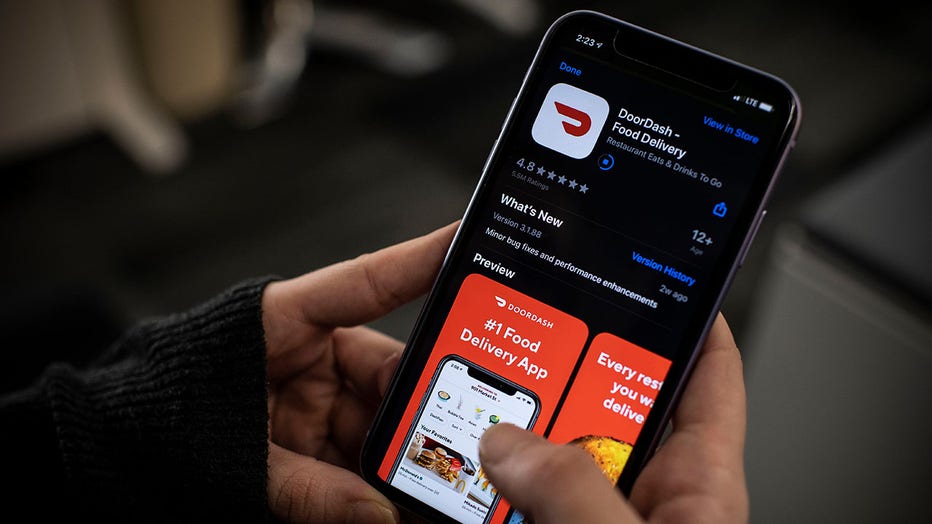 The company has also added a button for requesting emergency services. The driver can easily swipe a button, and an agent will contact 911 on their behalf, discreetly remaining in contact with the Dasher through text message.

"This also enables a Dasher to get help from 911 silently, providing additional information to ADT without needing to speak on the phone," the company wrote in its press release.

SafeDash will first kick-off to DoorDash drivers in Chicago, Detroit, Los Angeles, New York, Philadelphia and San Francisco, with 100% of drivers across the U.S. seeing the features in their app by the end of the year.

The company said it hopes the new features will offer a "greater peace of mind" to its drivers.

"Our commitment to safety is central to what our teams at DoorDash work towards every day," said Elizabeth Jarvis-Shean, Vice-President of Communications and Policy at DoorDash. "We’ve heard from Dashers across the country who tell us that safety is a top consideration when choosing which platforms they work with. That’s why over the years, we’ve worked hard on new products, policies, and partnerships that reflect what we hear from Dashers. SafeDash was born out of feedback from Dashers, and our hope is that with access to these tools, we’re giving Dashers yet another resource to feel safe and secure on the road.

In March, a 19-year-old DoorDash driver in Columbus, Ohio, was beaten after he got confused over an address. That same month, two Washington, D.C., teens assaulted an Uber Eats driver with a stun gun, causing his vehicle to crash and killing him. And in August, a DoorDash driver was shot to death while making deliveries in Maryland.

Ride-hailing companies like Lyft and Uber also have in-app buttons to let riders and drivers contact emergency services in their apps.

Last year, Instacart added a button to its app that lets shoppers contact emergency services directly if there's a problem.

The company has also built out a 24/7 Trust & Safety team, and in 2019, it offered occupational accident insurance at no cost to DoorDash drivers.

"It’s heartening to see the company continuing to invest in products that deliver on DoorDash’s safety commitments. At NAWLEE, we’re big believers in making access to contacting emergency services and law enforcement more secure, simple, and effective, and these new Dasher tools support this in exactly the right way," Kym Craven, the executive director of National Association of Women Law Enforcement Executives, said.